The Work Culture List is the gold standard for workplace excellence in cable & broadband. On June 11, we will celebrate all the companies and people that make this industry such an incredible place to do business and foster innovation within companies and among peers. What an opportunity to recognize your teams and create yet another environment for them to shine!

Better yet, this luncheon gala will also recognize our Cablefax 100 list of the top power players in the business–as well as the annual list of Top Ops that includes the MSO of the Year and the Independent Operator of the Year. Put yourself and your team in the same league with the industry’s top leaders, and register today!

The lists represent honorees represented in our magazine, for awards program honorees visit our past awards page. 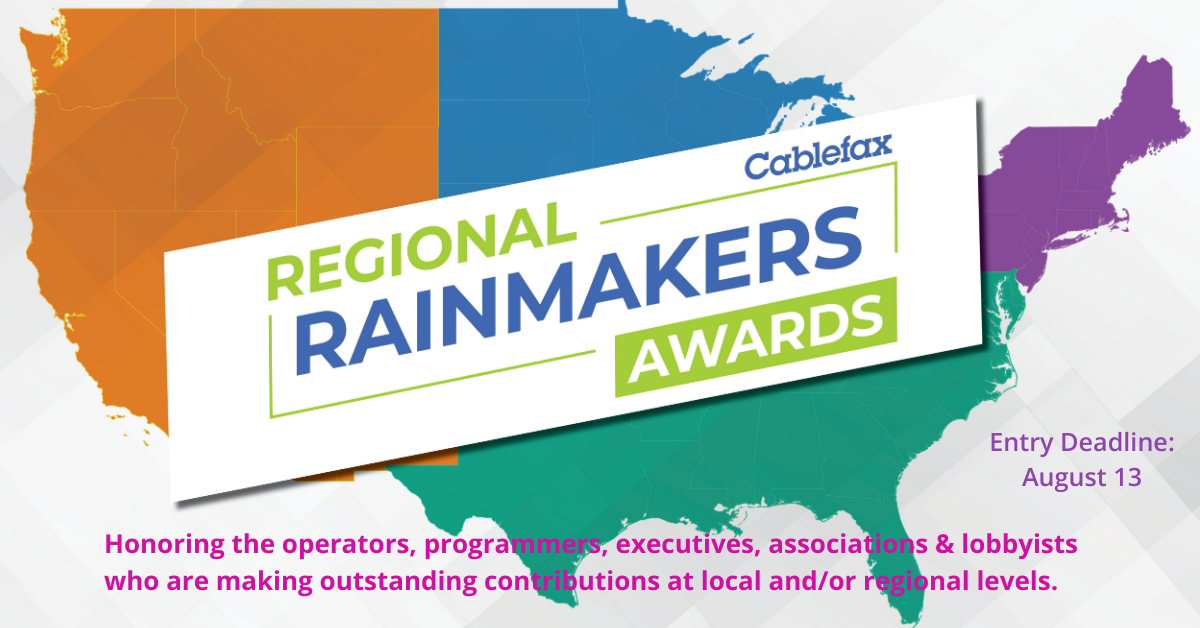 The Cablefax Regional Rainmakers honors the operators, programmers, executives, associations and lobbyists who are making outstanding contributions at local and/or regional levels – be it in operations, affiliate sales, news and sports programming, state legislation, lobbying and more.

Nothing informs, entertains and helps develop a community like regional media – and ours is the only benchmarking program to celebrate those who are leading this very special charge. These awards will showcase the professionals who are harnessing and growing that influence, enriching their neighborhoods at the same time. 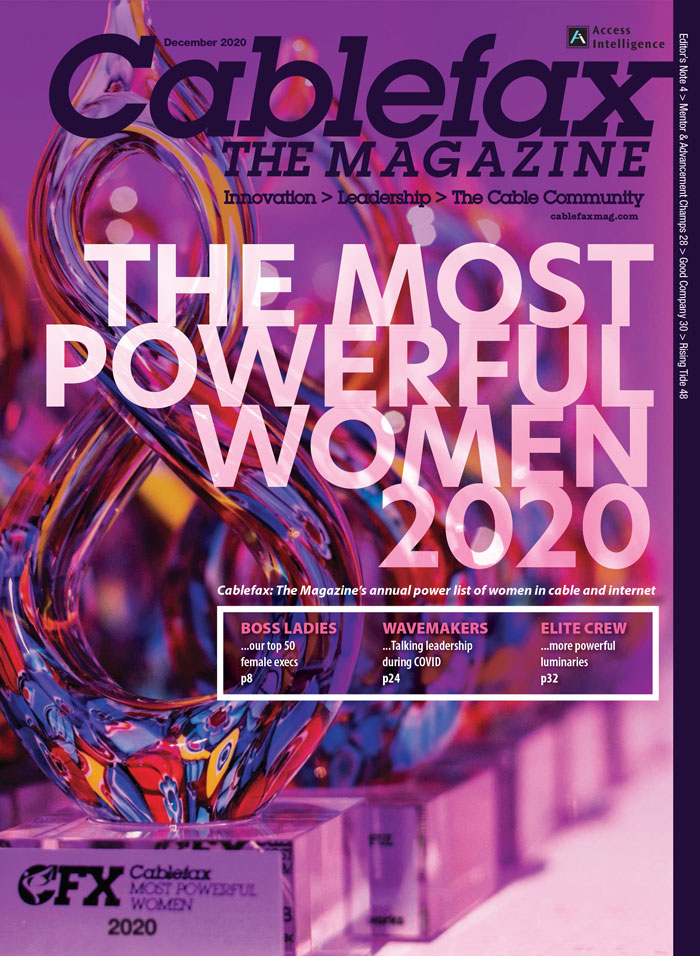 Nominate for the Most Powerful Women

Every year, Cablefax recognizes the most powerful women based on their influence and power within the industry—as well as their commitment to ensuring that other execs receive the same opportunities to grow and flourish.

These are the women whose hard work already makes it clear that they are on the path to making big waves in the future as they seek out mentors, push forward new business strategies and demonstrate boldness and creativity in their professional endeavors. To promote the surfacing of this emerging level of luminaries, we are looking to you – those already in senior positions – to put forth the names of the people they believe will populate the next class of Most Powerful Women.

The Rising Tide will be featured along with their sponsor in a special section of the Most Powerful Women edition of Cablefax: The Magazine, as well as during our celebratory luncheon on Dec. 7 in New York.  *The Rising Tide does not have age parameters. Sponsors can be of any gender.

Individual & Organization Categories:
Women’s Advancement Champion A female executive whose contributions to the advancement of women within her company have made an important impact within the cable & broadband industry and inspired others to step up their games.

Mentor of the Year An individual whose extraordinary mentoring efforts to women either within or outside his or her organization has made a measurable impact in helping to increase the number of low- to mid-level female executives who have risen to senior roles.

Mentoring Program Recognizes a successful female-focused promotion program or initiative that has been in place for at least 2 years and has made a sustained and measurable impact on a company’s ratio of female employees.

Advertising Campaign Recognizes an advertising campaign for a brand, service or product that appeals to women or increases a company’s outreach to female customers or female-run businesses and clients.

There is no limit on the number of entries a company can submit.

Judging Criteria:
Nominations will be evaluated based on X-factor and the noteworthiness of their accomplishments and background.

For organization categories, we evaluate your entry based on creativity, innovation, sound planning implementation, results, and proven impact on the communities targeted. Judges will evaluate campaigns on the innovativeness of execution and idea as well as the impressiveness of the results.

Hopefully we will be able to celebrate the Most Powerful Women together during a celebration in New York!