Just as DEI efforts evolve, so does Cablefax: The Magazine’s annual issue recognizing the most influential multi-ethnic executives in the industry. In selecting this year’s honorees, we put a greater emphasis on what they are doing to open doors for others, while also highlighting the impressive business results they’ve achieved.

This year we decided not to rank our Diversity List honorees, essentially because ranking someone above someone else seems counterintuitive to the DEI movement. We did spotlight 10 executives who we feel are leading the industry, while also recognizing our D&I Champion, LGBTQ+ Exec of the Year and D&I Mentor of the Year. Cablefax also salutes four outstanding Thrivers Under 30 as well as four companies with DEI initiatives that are role models for all. 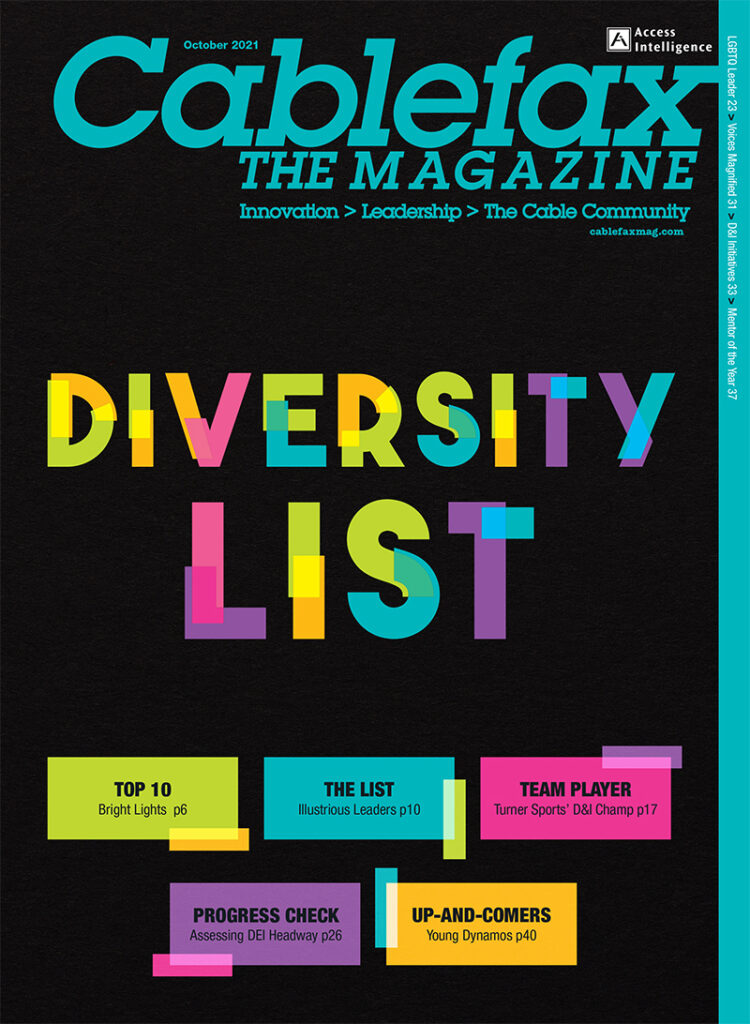 Congratulations to Our Special Award Winners

D&I Mentor of the Year

LGBTQ+ Executives of the Year