According to a report from comScore, more than half of tablet users watched video and/or TV content on their device in April 2012, while just 20% of the smartphone audience used their devices to do so. Moreover, tablet users were more likely to view video habitually. About 18% of tablet users watch video content at least once a week and 9.5% watch nearly every day. Importantly, of the group that viewed video at least once throughout the month, 26.7% paid to watch content. (Click chart below to enlarge.) 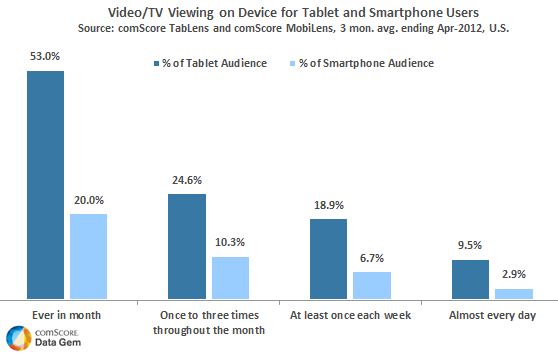 Mobile Subscribers Use of Tablets

The study, from comScore TabLens, a soon-to-launch monthly syndicated service providing insights on tablet consumption, consumer demographics and device adoption, also found that owning a smartphone is an early indicator of tablet adoption. Tablets are used by 1 in every 4 smartphone owners, a 13% increase compared to last year. 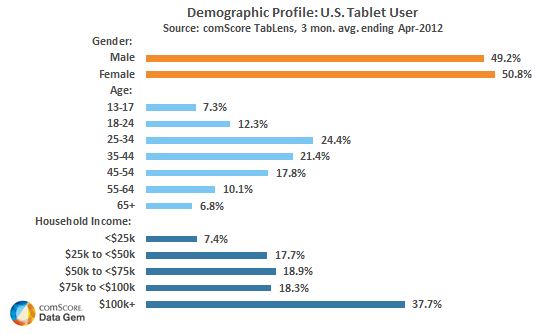 Unsurprisingly, the report found that tablet users tend to come from more upscale households. Nearly 3 in 5 tablet users resided in households with income of $75,000 or greater, compared to 1 in every 2 smartphone users.