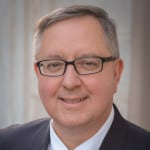 When months ago we chose the theme for ACA’s 24th Annual Washington, D.C., Summit “Navigating a Sea of Change” we had no idea just how prophetic that would be!

ACA members are seeing tremendous change as they roll out high-speed broadband to residences and businesses, with many new opportunities on the horizon.

Fortunately, we appear to be heading into somewhat calmer regulatory waters, providing greater certainty in charting our course.

With Chairmen John Thune and Greg Walden heading Congress’ Commerce Committees and Chairman Ajit Pai at the Federal Communications Commission, we are finally going to see communications policy guided by pro-investment, market-based solutions that will encourage improvements to, and expansion of, broadband networks.

However, favorable policy outcomes require real effort. We take nothing for granted at ACA, other than our commitment to helping our members, their customers and communities, and making their voices heard.

To that end, ACA has a number of jobs for the coming year.

First, for broadband to expand—not contract—our members must get out from under the threat of Title II common carrier regulation.

The FCC’s decision to reclassify broadband Internet access service as a Title II telecommunications service imposed immediate and unnecessary burdens, chilling innovation and network investment. Here, we are not playing for a tie or hoping things don’t get worse. Rather, we will fight for big, positive change from Washington.

Further, we will continue to seek the total elimination of the burdensome privacy and data security regulations that flowed from that same reclassification decision. We have already seen progress on both issues on Capitol Hill and at the FCC.

Second, we would like the Congress and the FCC to eliminate barriers to promoting investment and encouraging deployment of networks capable of delivering higher performance broadband. We applaud those policymakers who want to make it easier and less expensive to access rights of way and attach to poles.

ACA will be front and center in pressing for policies that achieve these aims.

Other policymakers want to use government funds to support broadband deployment in more rural areas.
That’s fine, but I’d include three caveats: Use the funds in areas that are truly unserved; provide only enough support to meet the need; and, allocate funds in a competitively and technologically neutral manner.

ACA will also focus on “clearing the regulatory underbrush” that has grown significantly in recent years.

Congress and the FCC need to eliminate outdated laws and regulations that create unnecessary burdens, particularly for smaller entities.

I would be remiss if I concluded without noting ACA’s continued involvement in the fight to reform a severely broken retransmission consent and programming marketplace. TV station-initiated blackouts are hitting new highs while retrans fees have soared from $250 million in 2006 to $7.7 billion in 2016.

Cord cutting continues to surge as consumers turn to OTT services with attractive linear and on-demand offerings. I think it’s clear that consumers who are fed up with soaring retrans fees and obese programming bundles imposed by media conglomerates will continue to look for alternatives. The temptations keep coming: Witness the rollout of YouTube TV, which is to cost $35 per month for six passwords and unlimited cloud DVR service for nine months.

At ACA, we know politics is a journey over choppy seas. But we also know where we are going because we steer by the stars, not by the lights of each passing ship.

Big goal for fuboTV , with the vMVPD acquiring the exclusive streaming rights to the remaining 70 qualifying matches to