Throw in some professional basketball players, and a Math Pep Rally sounds pretty good. That’s sort of the idea behind Discovery Education’s new offering of NBA math problems for its Math Techbook.  The two are taking the term “mathletes” to a new level!

NBA and WNBA game footage and stats, such as points, rebounds and assists, are now integrated into Discovery Education’s Math Techbook, a digital textbook. Students calculate things such as the timing of a dunk shot takeoff and whether the NBA and WNBA courts are true rectangles. 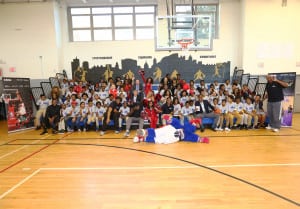