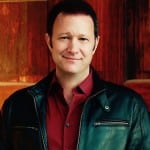 Our industry is awash with awe and bafflement over some of the huge business combinations that have been recently announced: Specifically, the Disney-Fox deal, the AT&T-Time Warner combo, and the Discovery-Scripps acquisition. A lot of people are saying that these deals are all about “scale,” and how these companies are confronting the challenges Netflix has presented. With Netflix’s more than 50 million subscribers in the US and more abroad, I am very skeptical about just how easy it will be to take on the fastest-growing subscription juggernaut in media history.

That said, the assets that a combined Disney-Fox bring to the table are nearly as daunting. Indeed, while Netflix may have 50 million subscribers at around $11 per subscriber per month, Disney and Fox are already very formidable in the direct-to-consumer business.  Just think about how many more people patronize Disney theme parks and Fox and Disney-produced movies. And look at a combined AT&T-Time Warner. They have also figured out how to separate a lot more than $11 per month from their more than 400 million mobile subscribers, nearly 50 million DIRECTV subscribers, 15 million AT&T broadband subscribers and, of course, nearly 50 million HBO subscribers.

This is the “scale” idea that has been bandied around a lot lately, and what it means is that these huge companies will have the goods—and then some—when it comes to going head-to-head with Netflix, et al going forward.

But it is also worth noting that before any of their plans to launch competing OTT services come to fruition, they will become even more formidable in the traditional cable  business—a sector now derided for being in irreversible decline. In fact, I would argue that once these mergers are consummated, the quarterly bellwether of ESPN steadily shedding subscribers will be surprisingly offset by a marked increase in overall subscription revenue (if not subscriber growth).

“Scale,” in this context, presents both a short- to mid-term solution to the cord-cutting phenomenon that is entangling the traditional linear business.

So, while we all get misty eyed about Disney looming large over Netflix, the reality is that EBITDA from the company’s media networks is by far the company’s biggest contributor to its profit.  There is just no way that they are not going to do everything they can to preserve that cash cow.

Though we don’t really know if these companies are combining to find an OTT panacea to the faltering cable industry, one thing is certain: they may have found the ultimate tourniquet to slow the subscription revenue hemorrhaging for the time being. And they’ll do that by exploiting their financial girth to grab more share from the smaller, weaker companies.

This is where the 10% rule comes in. Let’s look at Discovery and its planned purchase of Scripps Networks for $14.6 billion. Combining Discovery and Scripps networks, you get well over 10% of the channels in Comcast’s basic tier (i.e., Comcast Digital Starter package).  The same thing happens when you look at a combined Disney-Fox, or the existing NBCU channels.  In each instance, they both own about 15% of the channel slots in basic, and together represent more than half of the channels that a majority of subscribers actually want.

As the cycle of MVPD renewals proceeds apace and subscribers peel off, Disney and Discovery, absent their big acquisitions, each represent a little more than 5% of the total number of channels in basic. But 5%, in the scheme of things, is not always economically material. Ten percent, however, is a much different story. The logic is simple: Once combined, these companies will have strengthened their negotiating leverage by a much larger factor than the number of channels they have added to their overall portfolio. It won’t be easy for the an MVPD to say no to Disney-Fox, or Discovery-Scripps. The threat of loss is too great. Even if you could knock off a few channels for a couple of weeks, that would really hurt their already desperate customer retention efforts.  But nobody has knocked down the numbers we are talking about here, and my guess is they couldn’t afford to do so even for a day.

In the final analysis, when you apply the principals of this “merger math” here, scale is about immovable mass.  The big companies will grow revenue in a declining market and the money will come from the smaller groups and channels—not the margins of the MVPDs.  And for the smaller guys, they have few choices. They can’t just mint hits to prop up their sub fees. Indeed, truly game-changing hits for basic cable are getting a lot harder to conjure up amongst the rapidly expanding original programming slates and budgets of Netflix, Amazon and Hulu.

So what does this all lead to? For the smaller channels, they have only one choice—get bought by the behemoths. As more of the subscription revenue pie is being gobbled up, their values will crumble, along with their potential purchase price, if they don’t act soon. It reminds me of the famous line from Richard III: “A horse, a horse, my kingdom for a horse!” In other words, don’t get left on the battlefield alone and defenseless. The ending to that story could be downright Shakespearean.

– Bruce Tuchman has spent the past 20 years in the international television industry as president of global channel businesses for AMC, Sundance Channel, and MGM, as well as being central to the international expansion of Nickelodeon.  He is currently an investor, executive and advisor in a number of emerging digital businesses, and leverages his experience in advancing these companies’ operations and aspirations.