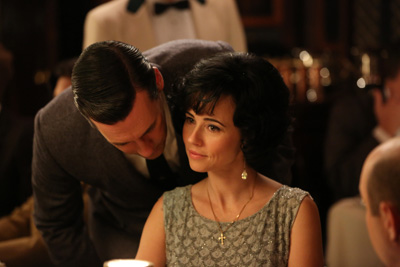 On the surface, this third episode of “Mad Men,” directed by Jon Hamm, seemed far less dense than last week’s two-hour installment. Many of the elements this week—awkwardness, lack of truth, infidelity—seemed obvious. On further inspection, however, this latest installment contained plenty of juicy material to discuss.