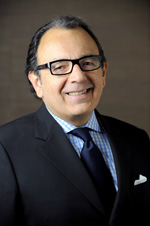 Although the ecosystem of the Hispanic television market is certainly growing (witness the recent additions of Mundo Fox and new Univision channels), it is far from the "500 channel-universe" John Malone predicted for the general market in 1994. Hispanics continue to be underserved, particularly in the pay TV area. And while new channels are expected to produce programming alternatives beyond soccer matches and telenovelas in the coming years, the road ahead is challenging.
I know that firsthand. Over the past 15 years, my company has fought hard to secure distribution for ethnic television channels that now satisfy the needs of Japanese, Russian, German, Brazilian and Hispanic people living and working in the U.S. Yet, in retrospect, our fight was perhaps a lot easier than what lies ahead.
We often heard that language was the issue… Spanish vs. English, or vice versa. The real challenge, however, may be to produce programming that incorporates (for Hispanics) key elements of their new country while retaining cultural significance as well. And, this—of course—is all without forgetting to keep a wide appeal in order to score a high rating. No small feat for any new channel, but certainly possible.
The key is knowing where your viewers came from, where they are now and how they navigate life in between. Channels with content leaning too heavily in either direction risk isolating an entire audience segment that happens to comprise some of this country’s biggest influencers: Witness the importance of the Latino electorate in the 2012 elections. Those endeavoring down such a path might take a cue from Nuvo and Mun2, two Hispanic channels getting this artful balance just right.
If who they are is one challenge, where they are is yet another. Those launching new Hispanic channels may miss the boat entirely if they don’t know where their target audience is consuming content… and the answer may surprise them. While the Latino population has been notoriously overlooked by technology marketers, a Pew Hispanic Center report published in May 2013 indicates that Hispanics were adopting mobile devices and social media at rates similar or higher than those of other groups. If low income was a barrier in the past, perhaps it has made Latinos more resourceful in seeking out and adopting technology that provides greater value.
A new Hispanic channel without a multiple-platform strategy will fall short. The key here may be in services like Comcast’s Xfinity Latino or DISH’s TV Everywhere offerings, which are bringing new ways for Latinos to experience television when they want it, where they want it and even what they want to watch.
In the end, it all comes back to knowing your target audience. It’s that simple. Those who launch new Hispanic channels with a thorough understanding of the market they intend to serve will get us all that much closer to realizing the 500-channel universe envisioned nearly 20 years ago.