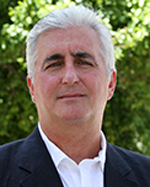 The world, and especially America, is coming to terms with China. In a matter of years, it will be the world’s largest economy, a market of 1.5 billion citizens that is fast-tracking a strange-to-us version of high-intensity capitalism. It’s the new economic titan which, like Japan before it, will send its people around the globe to seek intellectual and material resources and business opportunities.

As we do more business with China, Americans will seek to learn more about, and in some cases, enthusiastically embrace the culture of their new partner. For television programmers, this is an exciting opportunity.
Think not?  Consider Japan as an example. Its global economic boom introduced much more in the way of culture to the U.S., including sushi, Anime (a $300 million North American business), Manga graphic novels, Pokemon cards, oddball athletic competition shows like Wipeout and much more.
So why should we as programmers be excited? Because video will be the conduit to educate and entertain Americans more deeply about China and its culture—the 5,000 years of intriguing past and the fast-evolving present. We have not even scratched the surface.
I started traveling to China more than 20 years ago, and have been responsible for the Asia region for A&E Television Networks, New World Entertainment and now NPN Media. In that time, I’ve witnessed tremendous change not only in the economy and the culture, but a burgeoning desire by the Chinese to use television and new media-driven video as a way to tell its rich story in the world beyond their borders.
This time, modern Marco Polos are returning to China toting cameras. The areas to explore and communicate today are arguably even richer and more varied than those that greeted the intrepid 13th Century Venetian. And there’s a desire on the part of savvy Americans to learn all we can about this new competitor and partner.
It’s no secret that Chinese culture is the core tenet of America’s increasing passion for alternative health, from herbal remedies to acupuncture to stress-reducing philosophy. Why not introduce these powerful remedies to American viewers, via their seasoned and new practitioners, available in short- and long-form content on not only broadcast, syndicate, cable television and the new media, but as a part of the online offerings by health care and insurance providers?
Then there’s Chinese cuisine. File in your OMG folder this fact: There are more Chinese restaurants in the U.S. than the number of McDonald’s, Burger Kings, Wendy’s, Domino’s and Pizza Huts combined. Chinese food—well, the somewhat Americanized version served here—is more popular with us than pizza and hamburgers. I believe America’s booming audience of self-professed “foodie” viewers will certainly chow down on a variety of programming built around authentic Chinese cuisine, from history and instructional programming to the kind of superstar chef-driven, exotic location reality competition we have just brought to pilot stage.
Perhaps nothing will impact the bottom line of Americans, on both Wall Street and Main Street, more than the rapid expansion and globalization of Chinese business. American businesspersons and investors, both large and individual, need a daily dose of what’s happening on the business front in China. What better forum for delivery than long- and short-form content, delivered on cable business outlets and new media, brought to eager audiences right from the places it is unfolding?
And as China grows, and as we become more tied to our new global partners, we will seek to drink more deeply from their deep, cultural well. Its ancient and modern art, the philosophy that informed must-reads like The Art of War, its new technology and, perhaps, even its popular music. Who would have predicted even 18 months back that the roly-poly Psy would bring K-Pop from South Korea into every living room in America, and the top of the global record charts?
Right now, China is not the easiest place to produce programming. While it has a government that closely guards its image with one hand, it is becoming open to partnerships with experienced and thoughtful producers who will do the above and much more.
It is my own belief that with the success of the outward content ventures, China will welcome in programming from us—content that educates its people to American in a language and form designed to appeal to the new China.
But make no mistake, for all the talk of tight control, American culture is already front and center in this new China. Newly-minted millionaires covet our luxury brands and hipster cupcakes. And there is the rise of their own wave of punk and metal bands, with brands like KFC, Michael Jordan and his Nikes.
As China rises and challenges America’s title of world economic superpower, the perceptions of both nations are shifting, in these countries and others.
A just-released Pew Research study of 38,000 people in 39 countries demonstrated that a majority believe China has or will eventually replace the U.S. as the world’s dominant nation. As in our old Cold War with Russia, as competition intensifies, so too does mutual suspicion. The number of Chinese describing their nation’s relationship with the U.S. as “cooperative” is less than a third, down from 68% in 2008. Interestingly, 56% of Americans surveyed—curious, open and savvy about getting to know their competitors—believe this new power deserves more respect.
Perhaps we’ve learned something from the long and drawn out military and cultural Cold War with the old Soviets—that sophisticated Americans need to learn all they can about this ancient, up-and-comer. Video, produced by these new Marco Polos along with original imported Chinese content, will provide the cultural know-how we need to understand, compete and partner with the new global power.
For China the time is now. This opportunity extends to intrepid programmers who can surf the government protocols and sensitivities to produce the kind of programming that will attract American viewers—and  also distributors, who can see how much financial opportunity our growing curiosity about China offers.

(John Cuddihy is a TV industry veteran with over 25 years experience in international program distribution, brand development, affiliation agreements, and domestic and U.S. Hispanic advertising sales for companies including Sony, A&E, New World Entertainment, among others. He is the President of NPN Media, which provides premium content for broadcast and digital platforms.)