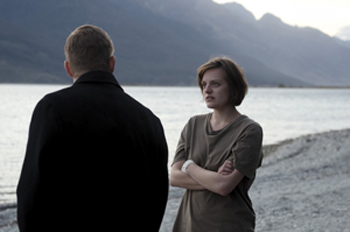 Elisabeth Moss stars in Sundance Channel’s "Top of the Lake"

Sundance Channel has been enhancing its programming slate with scripted miniseries of late. And the projects have attracted award-winning talent from both the film and TV worlds. The network’s latest is “Top of the Lake” (premiered 3/18), a 7-part series written by Academy Award-winner Jane Campion (writer of the films “The Piano” and “Portrait of a Lady”) and Gerard Lee, and executive produced by Emile Sherman, an Academy Award-winning producer for the film “King of Speech.”

Comscore is developing a methodology to help conduct measurement at the person-level for its video products.