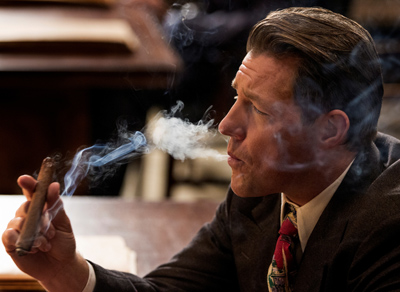 Edward Burns plays the infamous mobster Bugsy Siegel in Frank Darabont’s latest TV venture "Mob City" (premiered Dec 4 on TNT), but he’s best known for creating independent films—such as the Grand Jury Prize winner at the 1995 Sundance Film Festival, The Brothers McMullen—in which he acts, writes and directs. Get comfortable, TV world. After working with TNT Burns has decided to give his own show a go: Come February, he’ll be shooting the pilot for "Public Morals," a period police drama set in 1967 New York. We spoke with Burns about the shows, working in TV and how the landscape has changed in recent years.