It was an evening of looking back for Discovery Communications as it celebrated its 30 years in business at the Paley Center for Media in NYC Wednesday.

Discovery Communications’ president and CEO David Zaslav thanked numerous attendees in the audience for the company’s success over the years, including former Discovery Channel president & gm John Ford; network heads Henry Schleiff, Marjorie Kaplan and Rich Ross; and chief development & digital media officer and general counsel Bruce Campbell, to name a few. But to truly represent Discovery’s 30 years, a panel of game changers in television were summoned to the stage.

Zaslav said they thought very carefully about the talent they chose to speak that evening. “We brought three people that I think represent a significant shift in television in America,” he said. “First, and he’s not with us unfortunately, but he was the biggest star, the brightest star that Discovery ever had. And that’s Steve Irwin.” Irwin’s family—his wife Terri, daughter Bindi and son Bob—represented the late croc hunter and spoke of his unending passion for animal conservation–and how Steve’s dream of passing on that mission to his children was fully realized. Zaslav recalled his “authentic character” and “magnetic personality.” “You didn’t have the voice of God telling you what the crocodile does. He jumped in the water, opened up the mouth, and with the greatest joy told you why he loved this animal—and what it meant to nature, and what place it had in nature,” he said. 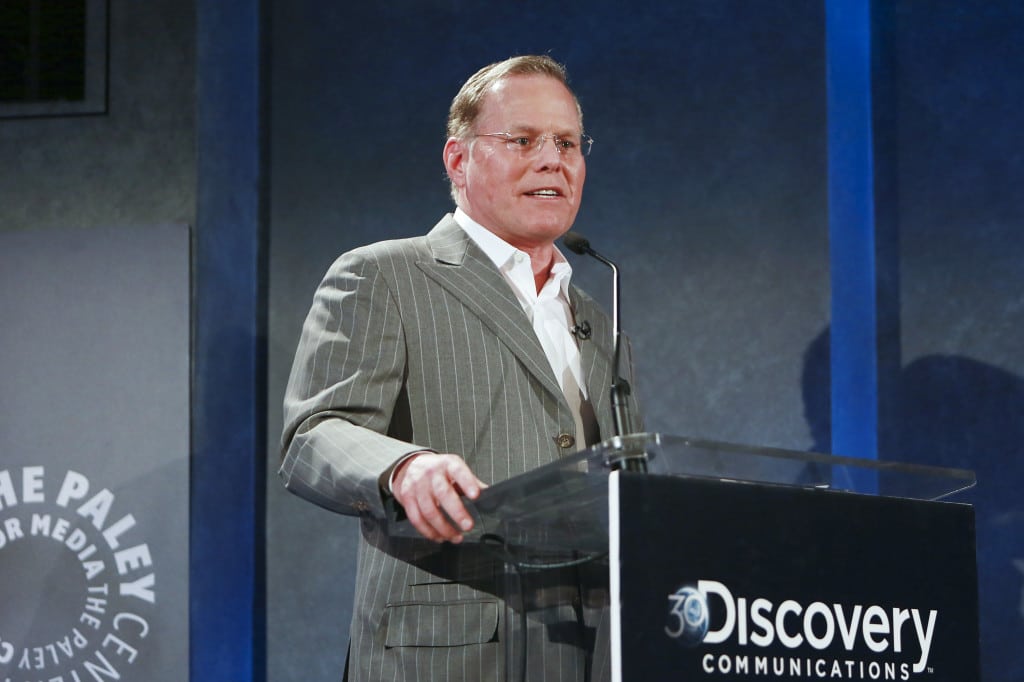 Zaslav then introduced Captain Sig Hansen of “The Deadliest Catch.” “”Deadliest Catch” was probably the first nonfiction show that was about courage and real life, and it got a massive rating,” Zaslav said. “This was nonfiction reality, but it was real… We all watched in awe, and from that came a whole series of shows that really changed the way people watched television.”

Lastly, Zaslav tipped his hat to TLC’s Stacy London, “who with “What Not To Wear” created this whole genre of television for women in America. And we built a network around it called TLC. And there are many networks built around it,” he said. The panelists spoke of their careers and thanked Discovery for the opportunity, but most touching was the announcement that on the Irwin family’s next crocodile research expedition they plan to name a croc David Zaslav. Of course, the croc will go by the nickname Steve had for the CEO: Dave-O.