Turner has named Veronica Sheehan to the post of svp, global network, technology and studio operations. Her responsibilities include oversight of Turner Studios, U.S. network operations, and international technology and operations in the regions of Latin America, Asia Pacific, Europe, Middle East and Africa. She heads up the teams responsible for tech, operational and production support for TBS, Inc.’s entertainment, kids and young adult brands, both linear and digital. Prior to the promotion, Sheehan was svp, global network and technology operations, a role she’s had since 2010. Prior to that, she served as svp of U.S. network operations and also vp, operations and original productions. Veronica has many talents beyond the world of TV. She was a NCAA college athlete in volleyball, an amateur photographer and, in 1984, she won Miss Congeniality in the Miss Metro NY pageant as a teenager. 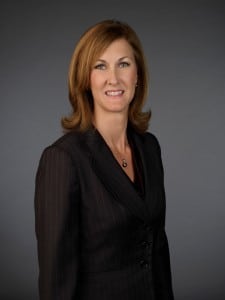 In other Turner news, Dawn Simonton was appointed vp, network partnerships. She’s charged with managing business relationships with TNT, TBS and TCM for the company’s U.S. network operations group. Her last role was senior director of strategy and sponsorship for Turner Sports ad sales. She also served as senior director of operations and production management for Turner Sports as well as director of business operations and studio facilities. Dawn says she’s a native Southerner and a singer. She tells us the wildest thing she’s ever done was taking the bobsled at Calgary.

Following ITV’s continued expansion into the U.S., Paul Buccieri will be chairman of the ITV Studios U.S. Group and Global Entertainment. His focus will be leading and integrating the U.S. Group—six companies with more than 110 series in production. The group includes recently acquired Leftfield Entertainment, ITV Studios America, Gurney Productions, High Noon Entertainment, Thinkfactory Media and DiGa Vision. The company’s Global Entertainment division, for which he’ll also act as chairman, deals with the international television distribution and consumer products business. Buccieri joined ITV Studio in 2007. Prior to that, he was president of programming, production and development at Fox/Twentieth Television and executive producer at Endemol. Paul is an accomplished triathlete, having participated in three half Ironmans to date. He’s also never missed one of his daughter’s soccer games.

Linda Ruffins has been hired as vp, ad sales for UP network, where she’ll lead sales in the Midwest region. She comes from NBCUniversal, where she spent 12 years working in various capacities. Her last post there was director of sales for Bravo and NBCU. Prior to that she worked on Bravo and Oxygen Media, concurrently. She was also an account executive at NBC Broadcast Entertainment and Bravo Media. Another role on her resume includes account executive for 11 years at AETN. Linda enjoys cultural activities such as the theater and museums. Her faves: The Art Institute of Chicago, DuSable Museum and Field Museum. She also loves the Chicago Symphony Orchestra and Broadway. 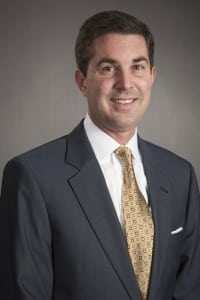 Mark Hulsey was upped to svp of production and executive producer for BTN. He joined the network in 2009 as vp of production/executive producer after nine years at FOX Sports Midwest. For the latter he led a team that produced from than 450 live events, event coverage and specials for seven universities and pro teams in six states.Mark enjoys golf and spending time with his family. He and his wife Nancy are proud parents of 14-year-old daughter Danielle and 11-year-old son Will.

With Spectrum Mobile celebrating its three-year anniversary this month, we caught up with chief mobile officer Danny Bowman to chat about its trajectory.