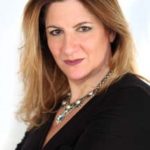 We know that representation in media matters. In Horowitz’s latest State of Consumer Engagement 2019 study, over half (55%) of multicultural consumers said it would have a positive impact on their intent to purchase from a company if the company featured people of their race/ethnicity in their advertising, and six in ten (57%) said it would have a positive impact if a company’s advertising represented their culture or lifestyle.

But getting diversity and representation right is not as simple as just putting a person of color in an ad or TV show and calling it a day. Consumers today are more sensitive to—and more savvy about—when brands are making a sincere effort to connect with them versus when they are just trying to check the “diversity box.” And they are quick to call brands out in social media for pandering or insensitivity.

At Horowitz, we spend a lot of time talking to Black and Latinx consumers about what resonates with them—and what irks them—about how they are represented in the media and in advertising. One of the topics that comes up time and again is colorism: the practice of favoring lighter-skinned people over those who are darker-skinned, even intra-racially.

Perhaps in an effort to be pragmatic and attempt to resonate with multicultural audiences while not alienating “general market” (white) audiences, decisions are often made to cast lighter skinned or “less ethnic” Black or Latinx talent, and increasingly, racially ambiguous/mixed-race talent, in media and advertising. This does not go unnoticed by audiences of color, especially by those with darker skin, who find that people who look like them are often noticeably absent in the media. In fact, the State of Consumer Engagement 2019 study found that over one in three (36%) Blacks with darker skin tones feel that the advertising industry ignores them compared to one-quarter (25%) of Blacks with lighter skin tones.

As the industry continues to strive towards diversity, it is critical to examine the implicit (and explicit) biases that might be influencing the choice to favor casting lighter skinned talent of color.

Cultural anthropology and biology tell us that that race is a social construction, not a biological one. In fact, across the entire human race, skin tones exist on a spectrum. Despite that fact, the binary classification of people into racialized groups by skin color has been used to grant rights and privileges to some, while denying them from others. It has been baked into in our legal and institutional frameworks. History is rife with examples of structural discrimination, from the Jim Crow laws that were in place in the South after the reconstruction era all the way to the 1950s, to “Stop and Frisk” and other racial profiling policing policies that happen today. It was also baked into our social and cultural frameworks. Representations of beauty in the arts over time reinforced the idea that whiteness and the features and traits assigned to it were superior to and more desirable than darkness and its associated features and traits. Darker skinned people were often “whitewashed”—rendered invisible in the arts and media.

The underlying message is that whiteness is “good” and comes with privileges that darker people are denied, while darkness is “bad” and comes with disenfranchisement that whiter people would never experience—all based purely on racialized classifications. Countless studies have documented the impact of colorism within racism: The darker a person’s skin is the more disenfranchisement one experiences, from employment discrimination, to higher likelihoods of being incarcerated, to being paid lower salaries for equal work—and being less likely to be represented positively in film, TV, and advertising.

There’s nothing wrong with making the choice to cast lighter-skinned, “mixed-race,” or “racially ambiguous” talent if it is in context and fits the storyline in a realistic way. But it is critical to examine the reasons behind that decision. Is it driven by implicit bias that “lighter is better?” Is it driven by a pragmatic decision to “check more than one diversity box,” which essentially, though perhaps wittingly, whitewashes darker-skinned people of color? Additionally, how does this casting fit into your brand’s overall approach to representation of people of color across the entire spectrum of skin tones?

These are important questions to ask nowadays because it speaks to the optics through which brands and media companies are judged by consumers: Two in three Black and Latinx consumers in Horowitz’s recent study say that they make it a lifestyle choice to know the socio-political stances of the companies they do business with, and that showing support for their respective communities would impact their decision to do business with a company.

As we move into the 2020s, brands’ success will hinge on connecting with America’s diverse marketplace. It’s time for the media and advertising industry to examine its own implicit biases and embrace the full spectrum of America’s diversity.

ID is rolling out a new campaign “No Excuse for Abuse” to raise awareness of domestic violence. The initiative starts Saturday in