Time Warner Cable Deportes has aired the Lakers games in Spanish to the Hispanic population in southern California since its launch in 2012. According to the NBA team’s analyst Francisco Pinto, being the first Spanish-language regional sports network in the U.S. a huge deal for his community and is setting up success for future generations of Latinos seeking to get into the Spanish RSN business. He and the Lakers’ play-by-play analyst Adrian Garcia Marquez received the NBA’s “Best Live Call” for the 2012-2013 season. We spoke with Pinto about working with the Lakers and how the RSN is growing the sport of basketball in the Latino community. 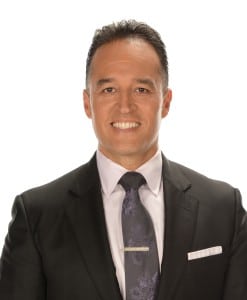 Would you say Spanish-language analysts and anchors have to be more versatile as far as what you cover?

I think it goes more with the analysts, my position, than with play-by-play. Because if you go more play-by-play, like Bob Costas for instance, they do play-by-play for football, NBA, baseball… Now the analysts, it’s a different story. That’s the main difference and that’s why it’s so important what we’re trying to do right now with the Lakers on Time Warner Cable. Because this is uncharted territory in our case. This has never been done before. So in my case, yeah, I have a background in sports, I played sports my entire life, I played soccer in my country Chile, and I work in sports. I didn’t play NBA, of course, or in college. So in terms of background that puts me in a disadvantage. Again, other color commentators have that in their careers.

So how do you gain an edge?

The way to level this out is preparing. My preparation has to be extremely complete, because that’s the only thing that’s going to give me the credibility. Not just with the audience, but with my peers and those who work with me—how much I know and how much they see me practice, and talking to the coaches. The other thing, too, is that because we’re trying something new, in my opinion you should not ever get so technical and so specific about certain things during the live broadcast of the game. For instance, a pick and roll. You should not assume everybody in their homes watching the television knows what it is when you’re describing it. You need to try to find a balance between those avid, hardcore fans who know exactly what it is and all the other ones that you’re trying to bring in. So my job is to make it as understandable as possible so they remain with us.

On the choice to explain terminology: Was that a result of what you’ve learned so far at the network? What other things have you learned since the launch?

It is with basketball, because although a mainstream sport and undoubtedly the second most popular sport in the world after soccer, for us we’re trying to build a new audience here. We’re trying to take people who have been watching soccer, boxing, baseball and football their entire lives and take them with us to watch a basketball game. To me, that’s the challenge of this. In English, it’s so common for you. So many people who watch basketball play at the YMCA every week, or they play at college, or high level in high school. Some even went semi-pro. They know the sport. They have been watching the Lakers for more than 50 years in Los Angeles… Their core audience is already formed. Ours, we’re in the process of creating it, and because of that we have to be very mindful of how we bring them in.

In terms of how much I’ve learned, we have been very privileged these last three years with the Lakers. Every coach the Lakers have had has allowed Adrian and I to be present at practice during all this time. That’s very unusual in any NBA team. Practices are usually so private and secluded. You only get 10 minutes with the press at the end of the practice… they record a little video and talk to the players. For us, 50, 60, 70 full practices with the team. That’s amazing. That’s when you really learn … It’s one of the most rewarding think about this job.

Have you received much feedback from fans? How do you see basketball growing in popularity among Spanish-speaking audiences?

I worked almost 15 years at Univision. KMEX is the number 1 TV station in the country regardless of language. So when you work at KMEX you get an incredible amount of popular recognition among the Latin community in Los Angeles. For so many years they were used to seeing me there and they recognized me. It was hard in the beginning, the first two years, when people would see me and immediately associate me with KMEX. They didn’t have any idea I was doing something else. But these last 6-8 months for the first time it’s started to shift. People are recognizing me by what I’m doing now. For Media Day, we did it live and we had an historical interview with Kobe Bryant in Spanish for the first time in his career. It was really rewarding to know people were watching.

So that interview was very significant for the network.

Kobe has always understood Spanish very well, but he never felt comfortable enough to answer you in Spanish. We’d ask the question in Spanish and he’d understand, no problem. He has a background in Italy and his wife speaks Spanish. This is the first time he went the entire time in Spanish for that long—for five, maybe six minutes. It has tremendous repercussions in our community. Kobe is by far the most beloved Laker within the Latin community in Los Angeles and it’s been that way for a long time. They love him because they know he understands the culture and the language. He’s very clear and adamant about how important the Hispanic fan base is for the team and him and what they’re trying to accomplish as a franchise. Add the fact that he was serious enough about learning the language—it’s a thing of respect.

Why do you think Time Warner Cable is the right partner for the network?

This union between the Lakers and Time Warner Cable is historic, in terms of the Hispanic community and creating the first Spanish, regional network in the country. Because for many years you’ve heard that the importance of the Latinos in this country, and they help drive the economy, and what will happen if Latinos weren’t a part of this community as much and all that. Well yeah, it’s all nice, but nothing remotely close to this has been done before. We’re trying to show other markets that it’s a business that can be just as profitable as any other business. Our money is just as good as anybody’s.

We need to make this a successful story so other franchises from all over the NBA and other professional sports will see this and realize that it’s a really good idea–a good business model–and we can do this also with our team. It needed a lot of conviction, it needed a clear vision, it needed a lot of guts to do this together, because we are paving the way. Perhaps the most important thing is what we’re doing for future generations.