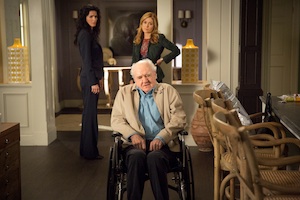 TNT’s "Rizzoli & Isles" was a popular drama this summer.

Summer used to be the land of TV reruns—and then came cable. Cable networks’ slate of originals eventually was met by broadcasters launching their own summer original fare—mostly reality, but there are some scripted shows out there, too (see CBS’ “Under the Dome.”) As a whole, cable still rules the summer months, with household share for ad-supported cable at 76%, up more than 5 points from last summer or 3 times the combined 4 broadcast networks’ share, according to an analysis of Nielsen data from Turner. When you look at the top 100 programs on cable this summer, a few patterns emerge…

A Look at COVID’s Impact as Pandemic Anniversary Nears

For cable’s network engineers, the start of the COVID-19 pandemic can be pinpointed pretty accurately by the dramatic growth in network data usage.