Turner Content Distribution’s new svp of brand distribution, Alex Gonzalez, will take on the not-so-small role of overseeing all account management functions for Turner’s major domestic distribution clients including Comcast, Dish, Verizon, Altice, PlayStation Vue and Google Fiber. Luckily, the motivated Gonzalez knows what it’s like to go after something. He’s completed three marathons and multiple half marathons and is looking to check the NYC Marathon off of his bucket list. Before taking on his new role, Gonzalez served as svp of corporate development and digital media for Turner Latin America. He will now report to Jennifer Mirgorod, evp of brand distribution. When he’s nor running or working, you might find the family man touring colleges with his oldest child, a rising senior.

Fox’s new svp of drama programming & development, Gabriel Marano, has been in the biz for a while. Marano joined Fox Television Studios in 2003 as an assistant, eventually working his way up the ranks to become the vp of scripted programming. After ten years at Fox Television, he moved on to his most recent role as svp of drama programming for A&E, where he oversaw the network’s scripted series development and production. Now, in his new role for Fox broadcast, he will be responsible for supervising the development and production of new and returning scripted series for the network. A born and bred Brooklyner, Marano is now based in L.A. where he will report to Terence Carter, Fox’s evp of drama development & programming. When he’s not working, he loves traveling with his wife Mia and their two sons and spending summers in France with his family when his schedule lets him.

Discovery’s new vp of client solutions, Evan Mason, has been with Discovery for 20 years. Mason is now responsible for developing 360 solutions for clients. The solutions will leverage Discovery’s assets including digital, VR, data products, branded content and consumer products. Mason started his career as a research analyst and sales planner and most recently served as an account exec. In his new role, he will report to Keith Kazerman, Group svp of client solutions. When he’s not working, you might be able to find Mason on his yearly cycle through the Hampton’s Marathon or at the beach with his wife and two teenage daughters. 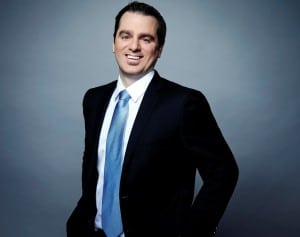 Turner Content Distribution’s new department Turner Podcast Network also comes with the new leadership role of general manager and vp. The role will be assigned to Tyler Moody, formerly the vp at CNN Newsource Sales. In his previous role, Moody managed the digital audio business for CNN. Now, Moody will lead the efforts on developing and creating a network of podcasts across Turner’s news, sports and entertainment brands. Moody will be based in Atlanta and report to Jennifer Mirgorod, evp of brand distribution. When he’s not busy climbing the ladder, Moody can be found playing ice hockey and rooting on his favorite team, the Blackhawks.

A Bit More on The WICT Network

The Women in Cable Telecommunications officially changed its name to The WICT Network Wednesday, and we’re learning a bit more. The new moniker is meant