Summer—that wonderful season where you can go to the beach, eat ice cream outside, and then settle in for some of the year’s best primetime. The season once associated with reruns seems to offer more and more special programming each year, and 2017 is no exception. From summer classics like Discovery Channel’s “Shark Week” to new events like the Smithsonian Channel’s patriotic Fourth of July, summer is shaping up to be a season of compelling television. Networks are increasingly finding ways to build thematic programming blocks in the summer months. Here’s the scoop on a few very different summer flavors.

Smithsonian Channel might not have an official name for its patriotic programming slate, but programming and production evp David Royle likes to think of it as “a glorious summer of Americana.” The network will debut two new series near the Fourth of July holiday including “America in Color” and “First Ladies Revealed.” Patriotic summer programming isn’t an entirely new concept to Smithsonian, as its “Aerial America” series has been giving viewers a birds-eye view of the nation’s most treasured landmarks every summer since 2010. 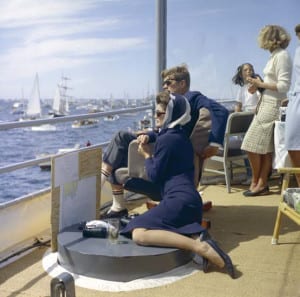 This summer, however, Smithsonian might have an advantage. With a new, “slightly” controversial president and all that’s come with it, viewers might very well flock to a series like “First Ladies Revealed” (premieres July 2, 9pm). Royle thinks the show will play off of people’s curiosity with Melania Trump and where she fits into the scheme of our nation’s history.

“I think the viewer who looks at it will be fascinated to see the extraordinary range of strong characters and the roles they played. At the same time they’ll be wondering how does Melania Trump fit into this? Is she going to be a Jackie Kennedy or an Eleanor Roosevelt? Or even a Hillary Clinton?” said Royle.

The channel’s other new show debuting around Independence Day, “America in Color,” (July 2, 8pm) will showcase iconic moments in America’s 20th Century, not as they were portrayed in black and white, but as they were lived in color. “We believe this is the most ambitious project colorizing factual images that has really ever been undertaken for American television,” Royle said. The series takes pivotal footage from the 1920s-1960s—everything from the attacks on Pearl Harbor to performances by Elvis Presley—and shows them in brilliant 4K color.

Smithsonian hopes Americana programming will become as synonymous with the network as fireworks are with Independence Day. The chance to tell stories about America’s history in the context of today’s political climate could be a strategic summer programming win. “The Smithsonian has a sort of emotional pull on people and when you get to July 4th, a channel like ours, which is a non-fiction channel, telling dramatic entertaining stories about America’s history and culture, this is a time when we really come to the full,” said Royle.

Discovery Channel’s “Shark Week”—a summer programming staple that needs no introduction—has been going strong for 29 years. So, how does a series stay at the forefront of summer viewing year after year? “You’re asking the million-dollar question,” said Lara Richardson, group evp of marketing for Discovery Channel, Animal Planet and Science. “I don’t know exactly how we keep it fresh except we know we have to.” 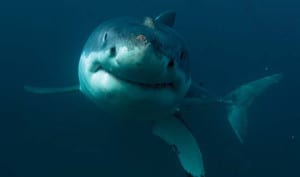 Discovery Channel jumps back into the water with its 29th ‘Shark Week’ on July 23. This is the first year in the franchise’s history that Shark Week will sync up around the world, airing during the same week on Discovery Channel in more than 220 countries and territories.

The marketing angle for the shark-themed programming week might have something to do with it. While the programming topic has remained the same, the show’s advertising has adopted a lighter feel over the years, embracing the “summer” of the seasonal programming more and more. Richardson, who joined Discovery Channel from TLC in 2012, noted that the turning point for Shark Week’s marketing really came with the 2013 “It’s a bad week to be a seal” spot, in which a seal about to be released back into the ocean gets eaten by a shark.

“It was a very risky thing for the company to do… but when we did that promo I think the whole franchise took a turn and we brought ourselves back. We didn’t take ourselves so seriously and we started to embrace the fun of it, the summer that Shark Week is synonymous with,” she said.

Discovery’s light-hearted advertising also can be seen in this year’s promo, which has international musician Seal devoured by a shark. The programming’s summer vibes have clearly worked as a consistent draw for people over the years. Richardson said that when she first came aboard people would tell her that they scheduled their summer vacation around Shark Week. “I don’t think it’s going away, I think that every year we find something new to say to our audience, we certainly attract new viewers each year,” said Richardson. ”I think it’s just something about sharks that really intrigues people of all ages.” Shark Week will premiere this summer on July 23, with the lineup including “Phelps vs. Shark,” in which Olympian Michael Phelps races the ocean’s most efficient predator, and “Great Hammerhead Invasion.” 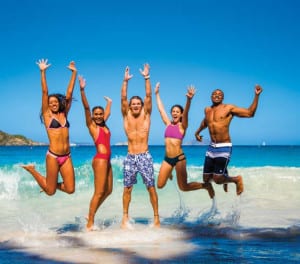 Travel Channel kicked off its second year of ‘Dive In’ programming on June 4 with new episodes debuting on Sunday night.

From water parks to water ice, nothing cools down a hot summer day like, well, water—a fact Travel Channel is using to its advantage with its summer programing event “Dive In.” “Dive In” kicks off the channel’s second summer of water-themed shows focused on beach vacations, over-the-top waterslides and more, with new episodes airing on Sunday nights. The event seeks to capture the adrenaline rush that comes with the summer season.

According to Courtney White, Travel Channel’s programming svp, more than 10 million viewers tuned in for “Dive In” programming last summer, and it grew the network’s Sunday P25-54 prime time ratings more than 33% over the prior year.

With those kind of stats, “Dive in” has become a priority for Travel Channel, complete with full-press PR and social media efforts. The appeal might have something to do with the fun of the pool without getting wet. “We feature programming that transports our viewers to that summer vacation feeling from the convenience of their living room,” White said. “It’s capturing that delight and anticipation that comes with the transition from boots to flip-flops, when the endless possibilities of summer fun await.”

Hallmark Channel’s “Christmas Keepsake Week” is one summer programming event that doesn’t tie into the season at all. “It’s just a little bit of a change,” said Bill Abbott, pres/CEO of Hallmark parent Crown Media Family Networks. And given the nice ratings for the stunt, now in its fifth year, there are plenty of people looking for something a bit different. 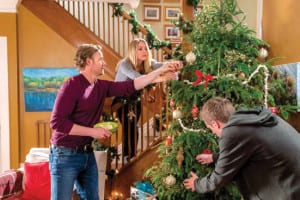 From July 14-23, Hallmark Channel becomes a Christmas oasis in a sea of summer sizzle. The 10-day programming franchise, which coincides with Hallmark’s Keepsake ornament preview weekend, consists of Christmas programming and very short interstitials based on what Hallmark is offering in stores as well as previews for the channel’s original content for its actual holiday season. And yes, there will be pretty of merriment in November and December, with Crown producing 30-32 original movies across both its channels. Christmas in July lets viewers behind the scenes for some of those movies to build anticipation for the latter half of the year.

Abbott is especially excited about the level of quality in this year’s Christmas programming. “We evaluate every line in every script, story development, character development and it’s really become an exceptional focus of our programming team,” he said. “We cast in a way that is an upgrade over what we’ve done historically.”

The channel, which uses its summer programing as a marketing tactic in itself, seems to have pinned down what its audience is after with its combination of upgraded programming and promotion both in the retail and programming space. “Hallmark in the holiday space isn’t exactly difficult to promote in market and you add that to the better content, to the better casting, to the higher profiles and all the sudden you’ve got a snowball that is impossible to stop,” said Abbott.

This pre-countdown to “Countdown to Christmas” includes the premiere of “The Christmas Cure,” about an emergency room doctor (Brooke Nevin) who returns home for Christmas and has to decide if she’ll stay (July 15, 9pm).

Cox and the city of Las Vegas have begun a pilot program to trial Cox2M ’s smart curbside management solution. The goal is to reduce traffic congestion through two digital kiosks using video analytics and