When NAMIC began its annual conference in 1986, it was known as the Urban Markets Seminar. It was designed to help the industry become successful in urban markets, while also including an emphasis on minority supplier and franchise ownership opportunities. For nearly two decades, the conference was a labor of love, transforming to meet the needs of the industry. As a dedicated staff came on board, NAMIC pushed the conference to even greater heights. 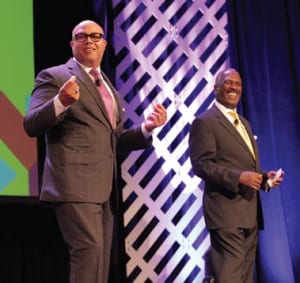 Change has been the industry’s middle name in recent years, particularly amid M&A on the distribution and programing side of the business. “The needs for diversity and inclusion don’t go away because of size,” Simons said. “If anything, [our vision] is to make sure that the conference is not forgotten and that it’s still a primary resource for our constituents and a primary goal for the companies we work with.”

A Rich History
The conference’s longevity is especially commendable when you consider that for its first 19 years of existence it was essentially put together by volunteers under then-leader Kathy Johnson. “It was Kathy and a lot of volunteers. A lot of people from all over—chapter leaders or people in the industry who just really believed in NAMIC,” said Sandra Girado, NAMIC’s vp of events and partner relations. In 2005, a grant from the Walter Kaitz Foundation funded the first staff positions for NAMIC, with Girado and Jim Jones, currently svp, education and diversity solutions, joining the organization. With a dedicated staff, the bar was raised for the event. “We had more resources. It went from probably a 300-person conference. We’ve got as high as 700 people,” Girado said.

Even in the early years, NAMIC’s conference brought in big names. NY gov Mario Cuomo addressed the conference in 1993. In 1996, then-HBO pres/CEO Jeff Bewkes and then-Comcast pres Brian Roberts served as honorary co-chairs. The event didn’t start going by the name Annual NAMIC Conference until 2001. That conference in NY is remembered by all who attended, with news of the attacks on the World Trade Center and Pentagon being announced shortly after the opening session began on Sept 11. While that gathering was cut short, NAMIC supporters came together again in 2002 and have continued to do so ever since. 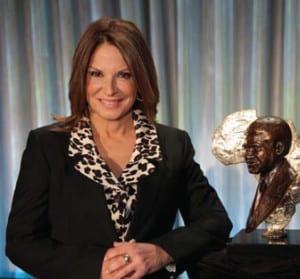 2006 was a big year for the conference. It was the 20th anniversary, but NAMIC also began to seriously explore the shift in multiplatform business models. Starting that year, a greater emphasis was placed on the Mickey Leland Humanitarian Achievement Award. “We used to honor more civic leaders. We started honoring real media people,” Girado said. Honorees have included CNN’s Anderson Cooper and Ana Maria Polo, the host of Telemundo’s “Caso Cerrado.” In 2014, the award was moved to the NAMIC Annual Breakfast during INTX, with Univision news anchor Maria Elena Salinas receiving the honor this year.

There were a couple of rocky patches over those 30 years, including in 2009 when the industry introduced a Cable Connection-Spring and Cable Connection-Fall weeks in an attempt to consolidate industry gatherings and limit the amount of time people spent away from the office. It was the only year that the conference wasn’t held in NY. It didn’t go over well, with attendance plummeting 53% to about 400 and many of those that did attend were trapped by a blizzard. After attendance declines across the board, the diversity groups bound together and successfully pushed the NCTA board for a reinstatement of Diversity Week in NYC in 2010. While it may not have been the most attended conference, it was an interesting one with Facebook co-founder Chris Hughes among the keynoters—another example of the organization’s emphasis on multiplatform. Another upside of the 2009 change-up was that NAMIC pared its schedule and became more focused on primary education opportunities, Girado said.

Evolving Focus
As NAMIC and the industry has grown, so has the conference. In its earlier days, the focus was more about helping people of color break into the industry as opposed to career development and helping foster more diversity among management ranks. The organization decided to stop doing a career fair that was once part of the conference. “Over the years, with the changes and consolidation, it was just not a value add for participants. It was really our annual corporate sponsors who received that benefit to participate,” Girado said. Logistically, it was also tough to find hotels that could accommodate the sometimes 1000-person crowd the fair would bring. Still, NAMIC stresses this is a conference for all—from the assistant manager level to senior execs. “One of the top reasons people attend the NAMIC Conference is for networking. They have access to the people they want to connect with,” Girado said.

Today’s Conference
This year’s conference will feature some reminiscing about the event’s past 30 years, but the association is clear that it’s looking more to the future than the past. Simons has made focusing on millennials and the changes (not to mention technology) they bring a priority. “Many years ago, people would stay at companies 25-30 years. Now I think the average turnover is somewhere between 3-5 years. It’s important we equip people to survive in the new environment, the NAMIC chief said.

NAMIC is listening to members in crafting sessions, bringing back some popular speakers this year, including Darnell Hunt, director of UCLA’s Ralph J. Bunche Center for African American Studies. Smaller “Career Corner” breakouts are back, especially important given consolidation as people ask “how do they reinvent themselves and survive in their careers,” Girado said.

You can also see NAMIC’s work to keep up with the times in keynoter, Reggie Love, President Obama’s former personal aide. “He’s a younger person, [who can outline] the types of tools and the things he’s used in his relatively short career in terms of leadership and how people deal with leadership,” Simons said. “That’s something our constituent companies are looking for—leadership training for people who are moving up in the ranks and for people who are aspiring to go higher.”

And just as its members climb new peaks, NAMIC will continue to look to give them a boost.

While the NAMIC Annual Conference gets the attention this week, it’s certainly not NAMIC’s only effort to help executives of color reach the next rung on the ladder. One example NAMIC supporters often point to is its Executive Leadership Development Program, which has been offered in partnership with the University of Virginia Darden School of Business since the fall of 2012. It previously was held in conjunction with UCLA. NAMIC’s 16th class is about to go through the program. “Each class has its own identity. There’s always this point where there’s a shift in terms of the light bulbs going on in terms of their own enhanced potential,” said Jim Jones, svp of education and diversity solutions. “It’s a magical moment. And I don’t use that word magic loosely.” But we didn’t just take his word for it. We asked past participants what the program mean to them. 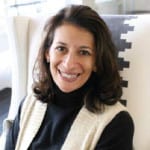 “ELDP was the perfect combination of personal and professional development. It provided me with a more focused lens with which I am able to now view my career. In addition to the excellent curriculum and outstanding instruction, NAMIC ELDP introduced me to an amazing group of individuals who I am fortunate to now call my friends. It was a life changing four weeks for which I will forever be grateful.” 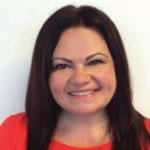 “My experience at NAMIC’s ELDP helped me move from being a strong advocate for diversity and inclusion to actively taking responsibility for bringing cultural diversity to life. Unlike other
leadership training, our professors adapted the curriculum to the current events that are shaping our country and the world today. NAMIC is helping me, and so many others, pay it forward—and we are all richer for the benefits ELDP delivers to participants and to the industry we are influencing and shaping every day.” 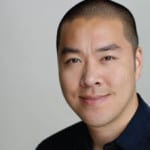 “NAMIC’s ELDP provided me with a terrific matrix for professional as well as personal growth. The curriculum fostered a rich understanding of the theoretical as well as practical issues relevant to multi-ethnic executives. It was definitely a touch point for me in terms of my career.” 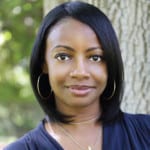 “I can say with certainty that ELDP changed my life. The experience opened me up to a new way of thinking, and introduced me to a network of lifelong friends. No matter where you come from in this industry, you leave ELDP with a much broader and much richer understanding of the contribution of others and, even more important, your own potential to have a meaningful impact.” 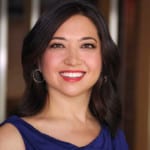 “ELDP is a career- and life-changing program empowering participants to take their business acumen to the next level. The program provides an amazing opportunity to hone professional skills and form relationships that will last a lifetime. And the diversity- by-design peer group offers the rare opportunity to dialogue about our industry and businesses through a vivid, multi-cultural lens. The knowledge that I gained from coursework combined with the active & engaged network of ELDP alumni, gave me the confidence and encouragement to become an entrepreneur. ELDP and the Leadership Seminars are invaluable to professional growth. 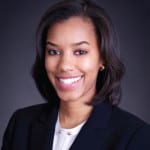 “I’ve diligently applied the curriculum and coursework from the NAMIC Leadership Seminar to enhance my career and in turn benefit REVOLT. I’m more confident leading, influencing and collaborating with my colleagues and direct reports as we create action plans to grow the network.”