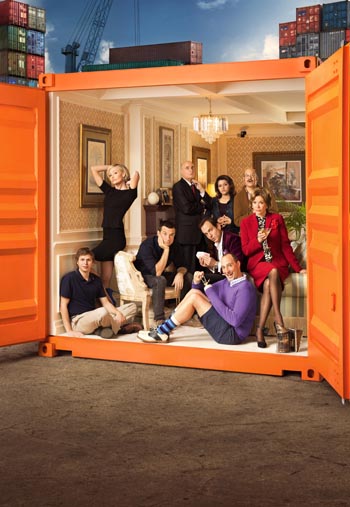 After a session on CBS’s upcoming sitcom “The Millers” held at the Television Critics Association summer press tour in late July, actor/comedian Will Arnett held court for reporters looking for extra tidbits about his new, multi-cam situational comedy. But you can’t corner Will Arnett and not talk about “Arrested Development”—which is exactly what happened. Here’s Arnett on a potential season 5, Jason Bateman’s comedic genius and the mixed critical reception of season 4.

On Jason Bateman’s strength as a comedic actor: [In past seasons] Jason was of course the center of Arrested Development and arguably the straight man. He got to go off the rails a little bit more [this season]. I’ve always maintained that Jason is the funniest straight man that’s ever lived. And that takes an incredible amount of talent. Jason has unbelievable timing. Personally… he’s one of the funniest people I’ve ever known. And I learned so much from him because our scenes; the character Gob only worked as well as Michael allowed him to, as a reflection of that center. And it was always a balance. As crazy or as funny [Gob was]… it was a tango… And Jason was the woman, and I was the man.
On a possible season 5 of Arrested Development: They’re in discussions. It is something that I think everybody wants to do, and know Mitch [Hurwitz] recently, he was up in Montreal… and I know that he has voiced his desire to do a 5th season. It’s something that everybody’s open to. We had a lot of fun doing season 4 and I’m incredibly proud of season 4 of Arrested. And I know there have been mixed reviews, but I thought it was, as a whole, a very, very complete piece of work that is very unique, that I don’t think anybody’s ever done. We’re all very proud of it.
On the mixed critical reception of season 4: I think that people were, like anything, expecting to come in the first episode [and it] would take off from the last episode that they watched. My prediction is, 2, 3 years from now, people will look back and having seen them all—and maybe watch them all again—will say, oh wow, I didn’t even really understand it. I’m not suggesting that Mitch Hurwitz is teaching everybody how to watch TV or be entertained, but I do think that he was trying to do something different. That should always be recognized, because it is so—forgive me for a lack of a better term—outside the box. And I do think that the legacy will be years down the road [that] this was something that was very different and very bold.
On whether the cast was surprised by the darker material in season 4: No, I mean I had the benefit of being in the room for the initial process with Mitch and Jimmy early on. I kind of knew where we were going, and I think it was a good way to go. I think that we had to mix it up. You had to do something, to kind of reinvent it. I always likened it to a new version of a car everybody loves. It comes out and initially everybody says, oh my God, it looks terrible. The old one was so great. And after a while you get used to it and you say, oh wait, it’s very innovative. I think we had to go dark. You know audiences are so savvy now, and you have to do something that’s different and make it interesting.

The FCC has received nearly $1.3 billion in funding requests for the second application window for the $7.17 billion Emergency Connectivity Fund Program. The money would fund nearly 2.4 million connected