The CableFAX Most Influential Minorities in Cable issue is out! Here’s a look at our top 3 diversity leaders in the industry. 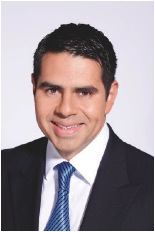 President, Univision Networks, Univision Communications Inc.
As the Latino population in the United States continues to swell toward a projected 30% of the demographic in 2050, it’s good to be Cesar Conde. As president of the media behemoth whose cable and broadcast networks serve the lion’s share of Spanish-speaking TV viewers, Conde has his finger on the pulse of Hispanic Americans and his mind constantly channeled to the future. For him, diversity has always been important to cable’s bottom line because “of what we at Univision call The New American Reality. Today we are a multicultural nation, and to effectively meet the demands of our consumers, we need to be reflective and understand the consumer base we serve.” Indeed, after conquering the U.S. Spanish-speaking population, Conde is embarking on his biggest gamble yet—the launch of an English-language news network in conjunction with ABC News. A confident strategist who checks his ego at the door, Conde cites his parents as influential mentors who provided him with this sage advice as a child: “Dream big. Work hard. Stay humble.” As he calculates Univision’s next giant step, we applaud this industry leader for making his parents proud.
2. Debra Lee
Chairman/CEO, BET Networks
The BET brand has undergone a spirited revival in recent years, thanks in large part to the creative vision of Lee. Aside from overseeing the signature network, she has the last word at sister entertainment net Centric, all of BET Nets’ digital programming, and home entertainment extensions. Lee’s push into original programming spawned hits including “Let’s Stay Together,” “The Mo’Nique Show,” and “Sunday Best,” and this year brings a fresh slate of opportunity for audience growth with scripted series “Second Generation Wayans” and “House Husbands,” late-night series, reality, movies and even a new talent competition, Centric’s “Apollo Live.” To boot, BET Digital is unveiling two new Web series, and Lee is raising the bar on the company’s awards shows as well, with a re-imagined BET Awards in 2013, and expanded Soul Train Awards on Centric. “As BET becomes more involved in the original programming arena, I’m looking forward to learning about production and providing the shows our audience wants,” Lee says. “I’m looking forward to doing the research on our viewers’ wants and needs for our audience, which is actually a really diverse group. Doing that work in the original scripted programming [arena] will help increase the probability of success for all of our programs.” 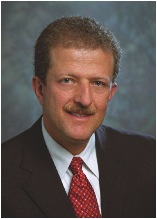 3. Marwan Fawaz
EVP, Motorola Mobility
Replacing outgoing Motorola Mobility president Dan Moloney is no easy task, especially when the company is now owned by Internet giant Google. But 26-year broadband communications veteran Fawaz is clearly stepping up to the challenge. Colleagues describe Fawaz as a skilled technology strategist with a firm grasp of the industry’s evolving dynamics. It’s no wonder he consistently reminds himself of advice given by cable pioneer Jim Chiddix years ago: Technology without a business plan is a hobby. Says Fawaz, “I apply it in everything that I do. Technology is cool, but it must deliver value and a profitable business.” Back in 2010, his efforts at Charter Communications won him the prestigious NCTA Vanguard Award. Key to Marwan’s success will be his ability to capitalize on emerging trends with innovative products like Televation, Motorola’s new TV streaming service for tablets. “The ability to deliver more targeted messages, products, and solutions to consumers is highly intertwined with the ability of any business to understand those ever-dynamic needs and wants,” he says.

ED NOTE: For a full list of this year’s Most Influential Minorities in Cable, check out our digital edition.