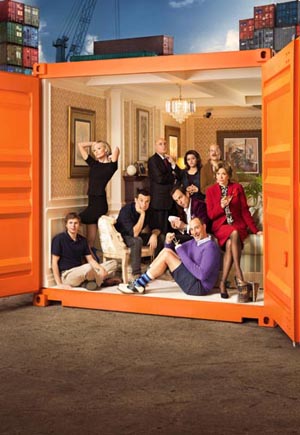 As we wrote about earlier this week, the buzz surrounding "Arrested Development’s" 4th season airing on Netflix this Sunday is enormous. It’s like Gob’s bee business is up and running again. (Need a refresher? Here you go: http://bit.ly/130jBzX) Rather than listing our own favorite moments, we turned to friends and family for reminders of theirs.

It seems everyone wants see the triumphant return of the Bluth Banana Stand. And they’re likely to get it, if sightings across the country last week were any indication. A few people would love Buster to meet another older woman. George Michael —and his "cousin"—was also popular, and some wanted to see more lessons taught by George Sr. "Another epic train of lies from the ‘blind’ lawyer!" my sister enthusiastically replied. Personally, I’d like to see more of the chicken dance, Gob’s Segway and Tobias’s hair plugs. Characters who’ve left an irreversible imprint on fans’ minds include (to name a few) Bob Loblaw, Barry Zuckerkorn, Gene Parmesan, Franklin Delano Bluth and Egg… er, Anne.

But my favorite comments were from people who began fantasizing about what should happen next season. "Gob doing magic tricks with Pamela Anderson as his assistant," one friend said. "…Maybe Tobias isn’t the only nevernude…." said another. "What if you had Steve Carell come in as Michael Scott running the Bluth Banana Stand? EPIC," someone else mused. And my favorite scenario: "Tobias decides to apply for a role in the reality series ‘Duck Dynasty.’"

Paramount+ , the service formerly known as CBS All Access , is coming to the US and Latin America on March 4. Unveiled during an investor event Wednesday, the service promises to combine live sports, breaking