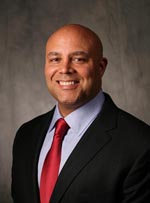 Stately monuments. Columned marble buildings. Beautiful museums. Not necessarily things that scream "technology" or "innovation." So why have The Cable Show here in DC?

Our nation’s capital isn’t just a symbol of freedom and democracy, it’s our nation’s political nucleus where innovation often comes in the form of ideas that are considered, debated and decided. And it’s the place where we want to tell the story of how cable is contributing to America’s success.

The Cable Show last came to DC in 2009. That’s only four years ago, but in a fast-moving industry, it seems like a decade ago. Just four years ago, we weren’t using the WatchESPN app on our iPad to catch a live soccer match from England, speeding along on our 50mbps Internet connection, or programming a DVR from an iPhone. And I don’t think many of us were tweeting during the season premiere of "Mad Men."

While these advancements in technology and the progress of our industry has been impressive, the future is even more exciting. The Cable Show will demonstrate the innovation and the forward focused approach of the industry. This is an industry focused on the future, working hard to create a great consumer experience at an unmatched value.

Why a platform of possibility? Because the opportunities created by our broadband networks are limitless. We’ve already seen how the Internet can transform industry, enhance education and build community. Telemedicince and health care are poised for the next big breakthrough.

When it comes to TV, the Internet is a natural sibling that is feeding the consumer appetite for more content on any device, no matter where you are, at any time of the day. Cable has always been a disruptive force in the TV landscape, and we’re not sitting still watching others re-imagine it.

Cable’s platform of possibility means that our services and connectivity can be found far from the home. Massive Wi-Fi networks—150,000 so far in the US—have been activated in big cities and small towns, whether in Stamford, CT, or Shepherdstown,WV. And if you haven’t yet used one of the cable Wi-Fi hotspots, be sure to take advantage of them here in DC.

Cable’s platform of possibility is one that has come with significant risk and even more significant investment. Cable operators have invested $200 billion since 1996 and continue to inject about $13 million per year.

All of this investment makes the cable industry one of America’s economic heroes. This is an industry that has grown during the recent recession and directly employs 435,000 people. While many of the much-touted Internet companies sit on stockpiles of cash, cable invests in networks and communities.

Playwright and filmmaker David Talbert is working with Disney Branded Television on a musical series, “Madelyn Square Gardens,” about a young woman from Mississippi who moves to New York with big Broadway