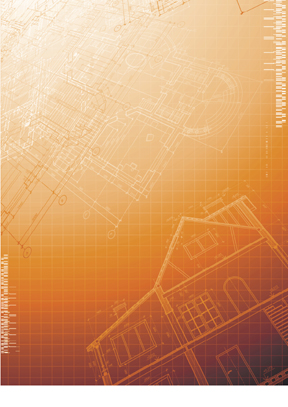 Market growth and competition for enhanced video services revenue have MSOs and telcos scrambling for technology and operational advantages. In the next decade, consumer electronics with embedded Internet and IP video support will be widely available. Analyst firm The Diffusion Group (TDG) anticipates that, by 2020, there will be 3.6 billion non-portable, network-enabled video nodes in homes worldwide, and more than 5 billion by 2030. Other targeted in-home, video-based applications include video on demand (VoD); multi-player gaming; music, photo and home video sharing; home security and automation; and smart grid.

The Multimedia Over Coax Alliance (MoCA) provides a standard that satisfies the need for this new IP-enabled coaxial network in the home. According to ABI Research, “In homes receiving cable television, MoCA, one of the most widely supported home media networking technologies, will be supported by some 15 million next-generation set-top boxes by 2014.” Multi-room DVR is first application being deployed but, as consumer demand grows, such services as high-speed data and voice also will be delivered over this next generation “whole home”-enabling technology.

With this growth, support costs incurred as a result of quality and performance issues in the home will affect the profitability and success of home network deployments significantly. To win and retain customers, it is imperative that service providers get it right the first time. To do so in a MoCA environment requires traditional and new testing measures to verify that the home network can support the new services. The integrity of the home’s coaxial cable plant is the wild card in the MoCA business case because of its previously unmanaged nature. This infrastructure has been outside the domain of service providers and is largely installed by home builders, contractors and, in many cases, home owners. As a result, the service provider is compelled to support enhanced services in an unknown/uncertified environment.

MoCA provides an IP network over a coaxial in-home plant, and it operates over the hierarchical (branching tree) physical topology of the existing home coaxial cable plant. The maximum cable distance supported between the root and the last outlet is 300 feet, with a maximum attenuation of 25 dB.

The MoCA 1.1 standard allows 16 nodes ( e.g., STBs, mDVRs, PCs, etc.) to communicate using the same network with a theoretical maximum physical-layer bit rate of 270 Mb/s. Because the characteristics of the physical paths between various nodes will differ, the MoCA standard specifies a logical, fully meshed, point-to-point network in which each of the nodes establishes a bi-directional connection with all other nodes. Figure 1 illustrates the physical and logical aspects of MoCA networks.

The controller node in the network allocates a 50-megahertz channel between 850 MHz–1,525 MHz, in which all other nodes communicate. As seen in Figure 2, MoCA operates in a variety of bands that can be used by satellite providers, cablecos and telcos worldwide because it does not interfere with their current frequency plans for traditional broadcast TV service. In addition, multiple MoCA networks can operate on different bands on the same coaxial network.

Most service providers pre-determine the minimum physical-layer data rates required between nodes to support the services they offer. For example, a typical minimum physical layer data rate required to support DVR sharing and/or VoD might be 180 Mb/s. To meet these objectives, there are field teams, and their managers must be equipped to deal with various challenges and implications:

One of the objectives of MoCA is the guarantee of sufficient capacity to support DVR sharing, VoD and other high-bandwidth applications. The capacity of a MoCA network is not uniform throughout due to a variety of conditions. Variations in the MoCA communications path and frequency response of the MoCA channel typically result in data-rate asymmetry, where the capacity between the connected MoCA nodes will differ. The effects of splitter jumping, attenuation and reflections can result in significant differences in the MoCA channel characteristics and in the corresponding MoCA data rates.

Will the existing home cable plant support MoCA throughput on all segments? Current service turn-up procedures typically involve rating the cable segments from the demarcation point to the STBs being installed. Because MoCA supports a full-mesh network between all nodes, procedures must be modified to rate all segments, not just from the initial splitter to outlets but also STB-to-STB segments that may not include the initial splitter.

Procedure changes should include validating throughput between all nodes in the home and not just from the initial splitter to each STB location. When a specific problem is identified, such as excessive attenuation or a coaxial cable fault, sectionalizing the home network to isolate the source can be problematic. Any number of components could be the cause, including bad connectors and splitters, amplifiers, band pass filters, un-terminated cables or excessive noise, distortion or interference that affects the MoCA channel.

Because of the lack of visibility into root causes for customer-reported issues, many technicians resort to swapping out equipment based on a “best guess” of the cause. As a result, tens of thousands of STBs and other devices are returned to suppliers each month for repair. It has been reported that upward of 85 percent of these returned STBs are found to be in perfect working order. The result of this strategy is an increased expense associated with multiple dispatches and the unnecessary costs associated with maintaining extra inventory and repairing perfectly good STBs.

When installing MoCA and enhanced multi-room DVR services, field technicians should qualify the entire home for “whole-home” triple-play deployments now and in the future. In a MoCA qualification test, a one-button “quick test” can be used to validate all of the outlets in the home from a single outlet ( Figure 3). Test results may be stored by the service provider’s back office systems to record the fact that the home has qualified for the customer’s currently ordered service and pre-qualified for future services.

In the event that the qualification test fails or marginal results are seen, a variety of additional techniques can be used to isolate the root cause of poor performance:

To determine whether or not a MoCA node has a defective interface, the technician connects a MoCA tester directly to the MoCA connector on the device. The tester also emulates a MoCA device and interacts with the node under test to effectively create a two-node MoCA network (tester and device). The technician then tests the device’s MoCA interface without including the home’s coaxial cabling. Under these conditions, the MoCA data rates between the device and the tester should be approximately 240 Mb/s to 250 Mb/s. If the data rates are significantly less, the device should be considered defective. If the device passes this test, the other node on the problematic communications path is tested in the same fashion.

If devices are not the sources of the problem, then the technician should “divide and conquer” and progressively test the individual coaxial segments between the outlet and the other MoCA node to isolate the issue. A number of other MoCA metrics can be used to assist the technician with troubleshooting the coaxial cabling. For example, the technician can read MoCA transmit and receive power levels to determine whether or not excessive attenuation exists along the MoCA communications path. Additionally, the technician can monitor the MoCA channel for bit errors based on corrected or dropped MoCA packets.

While examining the home’s coaxial cabling, the technician should look for well-known problems that can affect MoCA transmissions:

• Excessive attenuation caused by too many splitters or long cable runs

• A drop amplifier that does not bypass the MoCA spectrum

• Poor crimping or other connector issues

• Cable faults or other conductor flaws

If no problems are found in the physical plant, the final suspect is noise and interference affecting the MoCA channel. To determine this, a technician views the MoCA bit-loading graph to determine the number of bits that subcarrier frequencies are carrying across the MoCA channel (7 bits maximum for 128 QAM).

MoCA networks dynamically adjust the number of bits per subcarrier, loading each subcarrier to the maximum that probe exchanges have determined is feasible for reliable transmission ( Figure 4). Therefore, a bit-loading graph (essentially a granular view of the channel’s frequency response) displays all available subcarriers and the number of bits each carries. The technician looks for frequencies carrying fewer than six bits, which indicates noise and interference on that frequency. Technicians can then attempt to locate and remove the source of noise or interference, including corroded cable connections. An improved bit-loading graph will show that the interference has been removed, and improved data rates between the nodes should be evident.

In addition to testing the customer’s ordered service, pre-qualification can assure service providers they can up-sell new services over the customer’s MoCA network with favorable performance. Say a customer orders a multi-room DVR service for his or her recreational room and master bedroom, but he or she has two additional rooms with standard STBs. The advantages of “whole home” qualification for the service provider can be seen in the following example:

The field technician should qualify MoCA performance at all coaxial outlets before leaving the job site. This will help ensure that two outlets are qualified for the multi-room DVR the customer ordered while providing a path for this customer to do a ”self install” in the future when he or she wants to upgrade service into those rooms – saving the service provider dispatches in the future.

In addition, by measuring the entire performance of the network, like TX/RX rates to each node (outlet/STB), MSOs will know in advance whether the network can support future multi-play services ( e.g., HSI, IPTV over DOCSIS and VoIP) riding on the MoCA transport without affecting the original multi-room DVR service.

Lastly, the customer may move the original mDVR and STB equipment around within the four rooms with television service. If this occurs and those other outlets are not qualified, it may result in customer service calls along with costly truck rolls that could have been avoided with proper qualification.

Sean Yarborough is senior director/Strategy and Business Development at Spirent Communications. Contact him at sean.yarborough@spirent.com.

BNC said it is now in more than 50 million linear homes, thanks to Verizon Fios launching the network Wednesday. The channel launched in February 2020 as Black News Channel, initially with a reach of just 2 million homes. It’s steadily signed distribution agreements with Charter, Comcast, DirecTV and others. It also has OTT deals […]