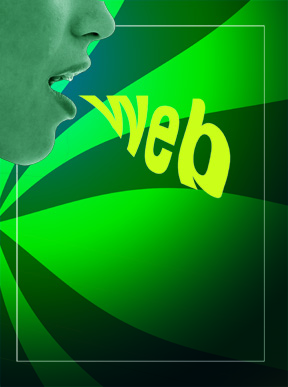 Social networking continues to grow as the newest form of communications, but where is it taking us and what is the next big thing to happen? Well the “social” aspect of logging onto Facebook has pretty much taken off, but the real “network” on which the social network runs still is operating on 25-year-old operations software and infrastructure architecture, even as it is working at faster and faster speeds.

In fact, the last major change in software that manages the network equipment inside telecom networks was started in 1987 with a protocol called “Simple Gateway Monitoring Protocol.” At the time, the Internet was in its infancy, and the idea that anyone outside of a specialized networking community would want to control their own part of the network was unheard of.

Fast-forward to 2004 and the start of Facebook. The older network software and, in fact, the underlying network equipment itself is preventing the introduction of real-time and interactive network services driven by Facebook and other social networks. For example, a combination of computer machines, large file transfers and high-definition video streams cannot be delivered on demand by the social network user to support or accompany more immediate type experiences within the social networks that have been created.

In other words, the social network is technology limited to a “best-efforts” connection. It is amazing that one can use a social network to keep in touch with many friends without having to physically meet with them or call them on the phone, but that same user cannot get a parallel network service for bi-directional video guaranteed to work that would enhance this virtual experience even further. This destroys the next dimension of social networking: multi-person video. This high-value service requires guaranteed streams of packets with low packet loss and deterministic network behavior. Today’s networks cannot guarantee this requirement and, even if they could, the software that controls the network cannot be embedded into the Web-driven applications that run on an iPhone, a Facebook page or an Amazon account. The network is not openly connected to the Internet applications in a developer-friendly manner today.

Current network infrastructures are controlled by complex legacy OSSs run by sophisticated organizations, including those maintained by such large operators as Verizon, AT&T, Comcast and Cox. This has to change. This structure stifles innovation and prevents application developers from taking advantage of the flexibility the network can offer. This translates into opening up the network so that applications available to end users can work on those dedicated, on-demand network infrastructures that would be needed to support their social networking activities. This means providing the ability to run social events over the social network, where everyone is connected together with their own dedicated network experience. This is the missing dimension.

So how can this be achieved? Two major evolutions need to happen to accomplish this: The software running the network itself and the interface software that controls the network need to be modernized. The principles that the software architecture used by Web services companies to support millions of customers can be applied to the network, developed and integrated as a new operating system for its products and the networks that they support.

This operating system is based on the latest Web-services technologies and delivers an application programming interface (API) to the network. This enables hordes of app developers to build apps that can take advantage of the full flexibility of the network and to do things like request the on-demand bandwidth needed to accompany some of the emerging high-bandwidth services. For example, this API could be combined with the Facebook API to enable a new dimension to be added to social networks or it could run inside the Android devices and talk the Web language directly to the network equipment.

The first demonstration of this will take place in Dublin, Ireland, this year, run on the Irish Government’s Exemplar Network testbed ( see sidebar on page 27). This is the world’s first open-network testbed where developers are given access to a software-programming interface, allowing them to experiment with new types of applications and services that support the next generation of social networks. Of course, there are a multitude of unpredictable new services that this could enable, and who knows what apps will be built as a result? This testbed also will form the basis of an alternative carrier network, and it will be rolled out live to show how these services actually will perform in a real-world network.

Where do the network operators fit in and how do they feel about this?

Well, they are a cautious bunch of folks, and change will take time to occur because of the large amount of legacy technology. However, seeing is believing in the technology world, and operators will get their first chance to see a live demonstration during the TMF World Forum in Dublin later this year.

In fact, this is an opportunity for the carriers to place their networks firmly inside the supply chain of modern advertising and marketing business that rolls out its products through social networks and Internet service providers. These new added services can be monetized because they add a clear value to the typical Internet programs available today.

Speed over the Internet cannot solve the latency or delay problem, as this requires a pre-engineered network with specific delays built in. This guarantees the performance of the video or real-time add-on services to existing social networks.

In practice, this might work as follows: A subscriber has a lot of social networking activities in his or her life; however, for a subset of them, the sub wants to include some live, high-definition video links. In this scenario, the user would subscribe to a service and agree to pay for the on-demand bandwidth required to support the service. Of course, the subscriber doesn’t actually decide what bandwidth is needed; the pre-engineered network delivers this.

These new services would be enabled by the fact that this software is running on a new optical-layer technology in the network that is responsive to user demand and that allows multiple services to be run over the same infrastructure without impacting each other. This technology provides a way to use the stranded bandwidth not being purchased for the high-quality add-on services to deliver best-effort Internet traffic. Essentially, this “free” bandwidth continues to provide traditional Internet services in parallel.

Such a scheme reduces the cost of implementation of services like gaming, interactive video, etc. This sharing of costs puts these normally highly specialized networks into the price range of the ordinary consumer. As such, the supply chain really works again, i.e., the subscriber pays for augmented services on his or her Facebook account, perhaps for some real network performance. A proportion of the payment is given to the network operator that makes the augmentation succeed with guarantees. Eventually, this revenue stream will be the only revenue the operators require, and the subscriber no longer has to purchase separate network connections. He or she only purchases a preferred augmented service — like gaming.

In sum, optical hardware combined with a breakthrough software approach can solve some significant problems in the supply chain of real-time, interactive network services capable of delivering the next generation of social networking with a real network element behind it. Virtualization of the network can give every consumer his or her own social network and a real network to support particular preferred activities. This will be the first major network architecture and software change in the last 25 years, and it will help ensure the continued evolution of the social network.

John Dunne is CTO at Intune Networks. Contact him at john.dunne@intunenetworks.com.

John Stankey acknowledged a bit of buyer’s remorse over DirecTV during an appearance before the Economic Club of Washington, DC, Thursday. “But I would tell you in hindsight, is that a transaction that one