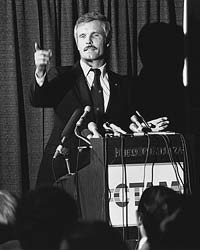 1980 Ted Turner is awarded the association’s highest honor, the Grand Tam. 1982 Char Beales is elected to the CTAM board of directors. CTAM shifts from an all-volunteer to a paid staff and opens its headquarters in Atlanta. 1983 CTAM launches the Awards for Excellence in Cable Marketing. 1985 CTAM relocates to Washington, D.C.; names Vic Parra executive director. CTAM of the Rocky Mountains becomes the first CTAM local chapter. 1990 The first CTAM Pay Per View Conference is held in Orlando, Fla. 1991 The Awards for Excellence in Cable Marketing are renamed The Mark Awards. 1992 Char Beales is hired as president and COO. CTAM publishes text versions of key conference presentations under the banner, CTAM Quarterly Journal. 1993 CTAM relocates to its current home in Alexandria, Va. 1994 The CTAM Pulse is launched by the organization’s research department. 1995 CTAM and NCTA join forces to create and roll out cable’s On-Time Guarantee initiative. The CTAM board adopts a new official long-form name, Cable & Telecommunications: A Marketing Society. 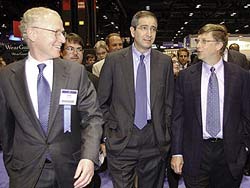 1996 Microsoft founder Bill Gates keynotes the CTAM National Marketing Conference in Boston. CTAM of the Rocky Mountains hosts the first SkiTAM, a benefit to aid the U.S. Disabled Ski Team. 1997 The CTAM Marketing Hall of Fame is launched, with MTV’s seminal campaign, "I Want My MTV!" the first inductee. The first class of CTAM U convenes on the campus of Northwestern University. 1998 The CTAM board adopts the organization’s third long-form name, and its second in three years: the Cable and Telecommunications Association for Marketing. 1999 The annual CTAM National Marketing Conference is re-christened the CTAM Summit. 2000 Having outgrown available facilities, the CTAM Summit is held in the Hynes Convention Center in Boston, the first time the annual event is not held in a hotel. 2005 The largest CTAM Summit ever is held in Philadelphia, attracting more than 3,100 attendees.