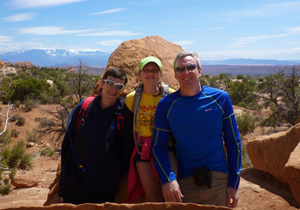 EDITOR’S NOTE: We continue to spotlight our 2011 CableFAX 100 honorees, who were featured in a special issue of CableFAX: The Magazine published in Dec. 2011. Here is an excerpt from #65.

Words of Wisdom: Work your weak side too, Budill says. That’s what he tells his kids. “Keep practicing with and using your off-hand. Play with balance.”

The biggest innovation in cable over the last year: Remote-Storage DVR

Worst thing I’ve ever heard someone say in a meeting: “We know it’s a high percentage increase, but it’s really not a lot of money.”

Favorite iPad app: A tie between Cribbage and our Optimum App.