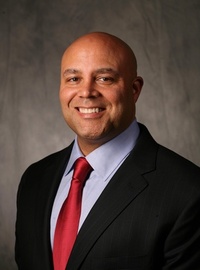 CableFAX Daily asked several industry leaders about where they were on Sept 11, 2001. Their answers revealed not just their personal stories, but the stories of the industry. NCTA chief Michael Powell shared his memories from that day. More remembrances in the Sept 9 issue of CableFAX Daily.

"I was a new FCC Chairman and had just settled down to breakfast with Rupert Murdoch when my phone rang. My chief of staff informed me a plane had hit the World Trade Center. I was bemused at first, imagining a wayward Piper Cub. My mood turned grim and fearful as she conveyed the details—big planes, two of them, massive explosions. We were under attack. I rushed back to the FCC. I was greeted at the door by staff and they started breathlessly briefing me about New York. My attention swiveled to the southern sky where a huge dark plume of smoke was rising. I exclaimed, "Forget New York for a minute, what is that?" pointing to the ominous cloud. We rushed upstairs to the windows and could see the Pentagon aflame. We plugged into the government emergency briefing and began hearing the horrific and unimaginable story. Not an accident. Not an incident. Not an isolated attack. Fighter jets in the air. The fleet headed to sea. We were at war in the midst of a real battle. Then I shuddered when we were told all planes had been grounded, but one was not responding and appeared headed to DC. I ordered everyone home immediately over the objection of OPM who had yet to authorize release of workers. I believed only two things were possible: either a plane-bomb was about to hit our city, or there was going to be a dog fight over our heads. It turned out there was a third possibility that actually came to pass—heroic passengers selflessly attacking the attackers, bringing the plane down and saving countless lives. ‘Let’s Roll.’ I never loved my country more than in these moments, but I knew she would never be the same. Her youthful innocence forever over. I only prayed our optimism and resilience would mature rapidly into steely resolve. It did and I remain proud to be an American." – Michael Powell

Distributors and TV brands came together Thursday in support of an industry initiative to accelerate efforts to make it easier for advertisers to incorporate addressable TV into their campaigns. Participants