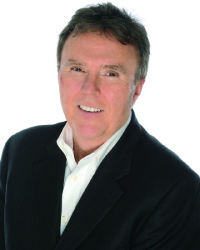 When it comes to technology leadership, no one disputes Comcast’s role as cable’s biggest innovator and trendsetter. And leading that charge is CTO Tony Werner, who manages a staff of 2,000 dedicated techies constantly pushing the envelope and coaxing the industry into the 21st century. “Although there’s a lot of challenges ahead of us, I really like our hand,” says Werner. “I think we’re sitting in a great position.” Indeed, everyone knows that whatever the challenge, Werner and his team will figure it out, bringing the benefits of scale and market leadership to other MSOs and eventually even small operators. To understand Werner’s breakneck speed to market, one need only consider that the company is already talking up the next generation of its bleeding edge, cloud-based service dubbed X2 even before it has completed the rollout of X1. “We’ve got a lot of momentum," he says. “We’ve got a lot of the right pieces.”

How do you define your management style?

I try to do everything I can to attract and retain the best people I can find. You have them mutually create the vision with you. And then I create an environment in which they can execute and try and keep the minutiae out of their hair, try to keep the politics out of the game and try to make sure it’s a fun environment in which people can come in and do what they love doing, which here is developing great technology and delivering great products.

You’ve hired people from startups. Do you need to create a startup feel to attract the best talent?

You have to create the lean environment the same way it is at a startup, so you have to try to make sure that you don’t have bureaucracy, that there aren’t forms to fill out and meetings, and try to keep that to an absolute minimum so people can come in, work on the big projects that they want. Good people beget good people. If you get a culture going that’s good, you attract other good people. We’re competing against great companies for great people, so it has to be a great environment.

Although there are a lot of challenges ahead of us, I really like our hand. I think we’re sitting in a great position. We’ve got a lot of momentum. We’ve got a lot of the right pieces. That said, the challenge in general is just the world’s moving a lot faster, and our competitors are moving a lot faster. The customers are moving faster. And the changes—their expectations and how things work and how they interact with us—all that is moving so rapidly, so we’ve been moving faster than we ever have. We’re getting some great products out, and we’re doing some great things. The world is picking up the pace right with us. So even though we keep traveling faster and faster, so do the footsteps of our competitors and the requirements of our customers.

What’s the role of the set-top box going forward?

I think that the set top is going to live a long life. There’s going to be a continual need for a device that goes as a companion to the TV because the glass has got a longer lifetime than the processor. So I see devices becoming more relevant, not less. Now that doesn’t mean that the functionality doesn’t happen in the cloud and that it doesn’t change the type of set-top box that you use, but I just think there’s a lot of functionality that people want. So I think you’re going to see a pretty robust device ecosystem for devices that consumers want.

What makes you most proud about your staff and the recent work they’ve done?

Whether I’m in our Silicon Valley office, or Seattle, Denver or Philadelphia—just the talent and enthusiasm that we have in people is just fantastic. When things go wrong, when you’re in there trying to fix things, you’re having major issues, you’re facing deadlines, something isn’t working—that’s when you really see the medal of these people. They’re just great folks. They’re just committed and willing to work through the night on those times when they have to get the product out and get the product right. And it makes me proud every time to see them, and every time I see the accomplishments that come out of these bright and dedicated and enthusiastic people who I get to work with.

• Werner oversees Comcast Labs, the company’s main innovation hub that has spurred everything from VOD to the Xfinity app to the X1/X2 platform.
• Prior to joining Comcast in 2006, Werner served as SVP and Chief Technology Officer for Liberty Global where he led the company’s global strategy for video, voice and data services.
• Werner served as President and Chairman of the SCTE Foundation Board (2011-2012 term).

Alexia Quadrani is joining The Walt Disney Company as its SVP, Investor