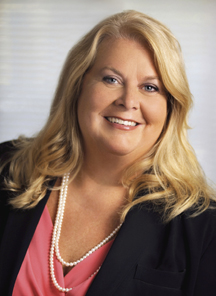 The concept of working one’s way up the corporate ladder seldom is addressed these days, but the process still exists and in spades when it comes to Jennifer Yohe Wagner, the 2012 recipient of the “Women In Technology Award,” presented by Communications Technology, Women in Cable & Telecommunications (WICT) and the Society of Cable Telecommunications Engineers (SCTE), and sponsored by Bright House Networks.

“My thoughts when I was going through high school and college were, ‘I think it would be great to go work on a cruise ship for a couple of years and just have fun.’ I figured ‘I’ll end up where I end up,’” Yohe Wagner says. “My first real job was with a pretty tough negotiator, and that’s where I really started to love that, by watching him.”

That man was Jack Kent Cooke, well-known entrepreneur and successful businessman. Under his direction, Yohe Wagner handled a multitude of responsibilities related to the Washington Redskins, Jack Kent Cooke Stadium, Los Angeles Daily News, Chrysler Properties and Elmendorf Farms. She developed a reputation for productively handling an array of duties, including media relations, and managing capital and expense budgets.

And then, “I really wanted to go do something completely different, I just didn’t know what it was,” she continues. “At that time, AOL was just starting and the whole dial-up Internet, so I was recruited and went to work for Road Runner, which was the high-speed data offering from Time Warner Cable. That’s really how I got started in the cable business.”

At Time Warner Cable, Wagner took on a project-management role and then a project- coordinator role. “At that time, Road Runner was becoming part of Time Warner Cable. There was a senior vice president of operations there, and he sort of took me under his wing, saying, ‘hey, we need some help. We need to figure out how to get this stuff actually paid for,’” she remembers. “From that point on, I just really took over the technology-deal side of that business. That’s where I sort of came up through the ranks and became one of the vice presidents who was negotiating all of these high-end technology deals. I looked for areas where I could just go and make something happen. That’s how I ended up where I am now.”

Yohe Wagner was becoming known in cable circles but when a recruiter called about a position at Comcast, she said, “No, no, no. I’m happy at Time Warner.” But she was lured away by Comcast saying it knew her reputation and what she could do, “and that’s the whole premise for me coming here,” she adds.

After spending nearly a decade at Time Warner Cable, Yohe Wagner joined Comcast in October 2007, and she had been trained well for her new role. When she switched MSOs, she spent “an enormous amount of time” with her new engineering team to learn the ropes, and she continues to meet with them. But her main focus now is on the procurement of technology, catering to both in-house and external customers. Characterized as savvy, ambitious and a tough negotiator, she has used her skills to establish and launch enduring business dealings. (Photo above: Jennifer Yohe Wagner and her Comcast colleagues walked the Susan B. Komen for the Cure three-day event in San Diego.)

“I would probably say 70 percent of my day is spent on deal preparation, and 30 percent of it is with my internal customers here at Comcast,” she notes. “I learn about the technology, I sit down with the team, and I worry about what it is they need and what they’re doing.”

Yohe Wagner continues, “If you look at the world I live in, I have everything that’s not in the home, meaning anything that makes the network work, whether it’s hardware or software. That’s all part of procurement. There are so many deals we do in a day but some of them can take between two and four months.”

But how does one become a top negotiator at a major operator with such diverse interests? “I grew up as a middle child; I think that’s where it started — managing three sisters,” Yohe Wagner says. “I think a lot came from my years at Time Warner learning managing, building a brand and having something I became good at, focused on the whole core of the structure of the technology side. I negotiate pretty large deals with very large companies — you know, very male-dominated. I think I actually may be one of the few women that actually negotiates technology deals.”

According to Yohe Wagner, “99.9 percent” of the contracts she’s negotiated have been done with men, pointing out “I think I’ve only done one with a woman.” And being the sole woman at the bargaining table is not intimidating, at least not to her.

“It’s interesting. I think I’ve been here long enough that people know me, and they know my reputation,” Yohe Wagner notes, but she did say some men still tried to power through. “They learned quickly that didn’t work very well. Having to work for someone like a Jack Kent Cooke, I have always been exposed to the male-dominated environment. It hasn’t awed me or scared me or made me feel uncomfortable, and that’s why I could stay successful.” (Photo at left: Doing what she loves most, Yohe Wagner treats her nieces Maggie and Lauren, and nephew AJ to an afternoon of football.)

In addition, “on any given day, the best part of the day is closing a really big deal. I think the interesting thing is that I really am the person in the middle of these relationships,” she says, but there are times those relationships aren’t easy. “Sometimes I have to hang up the phone on people and walk away, but it all works out. It can be tough. I would consider myself to be probably one of the toughest negotiators that are out there, and it gets pretty challenging, but I also feel like I can go the next day and, if I need those people, they’re going to respond because of the relationship that we have. To me, it’s the most important part of what I do.”

Being tough but fair is the hallmark of Yohe Wagner’s work ethic, but it also includes knowing and understanding the business, and what’s important on any given day. She is working to pass on that knowledge both to Comcast colleagues and to women coming up within the cable industry at large. There is one other woman on Yohe Wagner’s team, and fewer than 10 women on the larger Comcast procurement team.

“I probably mentor more than two dozen young women. I’m very involved in WICT and in a number of women’s groups. SCTE is another group I try to get involved with,” Yohe Wagner says. “I’ve had a lot of young women ask me, ‘is it hard to do what you do?’ I’ll let them observe. I’ll let them sit and watch me when I’m negotiating deals to see if that’s really what they want to do. I want them to learn as much as they can about the business.” (Photo at left: Yohe Wagner and her husband, Joe, spend some downtime on the water in their favorite vacation spot, St. John in the U.S. Virgin Islands.)

“I think we need to educate them and help them understand that it can be fun as well. I would tell them to find a way to get in technology, whether it’s from the finance end, the business side or the engineering side,” Yohe Wagner continues. “We all have an obligation to show them the business, to introduce them to people who can help them understand. They just have no idea how easy it is for them to walk through the door and maybe have a bright future. There are so many opportunities for them to get engaged and get involved.” What also is needed are more internships that offer real experience and exposure.

When she isn’t signing off on lucrative paperwork, Yohe Wagner devotes a significant portion of her off-hours time to cancer charities, and she’s preparing for another 60-mile breast-cancer walk.

“I’m not a survivor. The first time I did the walk, I didn’t know anyone who had been impacted by the disease,” she says. “Ten years later, there are so many. But the cure rate is just high because of these organizations like Susan G. Komen and others. It’s amazing. Every time I do that walk, I think, ‘oh, I am not going to do this again,’ because it is tough. The first day I’m walking 20 miles and I think ‘there’s no way I’m going to get through.’ The way I get through it is by finding a survivor. I talk to her about her story and how she made it through and got to the other side. That’s what gets me through the walk. The walk is nothing compared to what she’s had to do.”

And if she could wave her personal magic wand, “I would cure cancer, and I would fight hunger. Whether you’re walking through the streets of Philadelphia, New York City or Washington, D.C., you see the homeless people and you just want to find ways to make that go away.”

Over six telecasts, ESPN ’s “Sunday Night Baseball” viewership is up 34% from the 2020 full season average. It is averaging 1.651