According to the 2012-16 study, titled The VSS Communications Industry Forecast, communications spending on traditional consumer advertising will also increase, by 2.0% to $146.57 billion in 2012, due to political spending, the Olympics on broadcast TV, growth in broadcast and satellite radio and out-of-home media.

Digital communications and services are now a solid driver of growth across all sectors of the U.S communications industry, the study said. In 2006 digital expenses represented 16.7% of total communications spending, and in 2011 it rose to 26.5%. By 2016, VSS predicts they’ll account for nearly 40%. 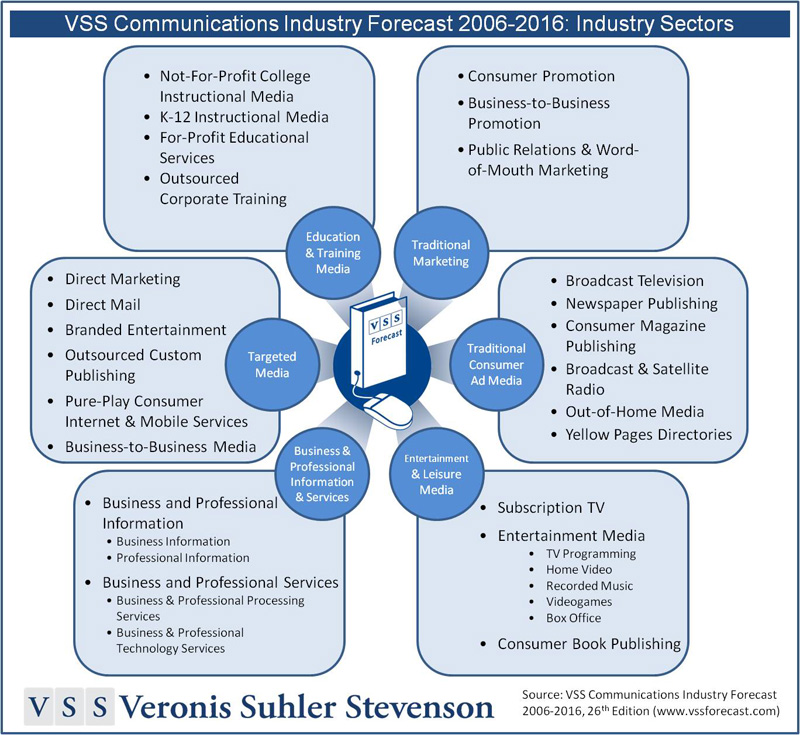 The study noted that mobile advertising and marketing segments of digital communications will increase dramatically as mobile and tablet devices allow for more interactive experiences. Spending on Internet access, however, will remain flat, as broadband penetration is reached. As ad dollars move to online platforms, sites with pure-play and traditional content will add online video and display ads are likely to be bundled with this content.

VSS looked at 4 revenue streams during the forecast period—advertising, marketing services, consumer end-user and institutional end-user—which all are expected to report positive CAGR. Advertising will post the largest gain, at 6.1%, driven by the political year, the Olympics, increased interest from advertisers in lower-cost subscription TV, digital out-of-home media and Internet and mobile ads.

Institutional end-user spending will grow 6.0% in 2012, caused by segments such as business and professional services, TV programming and B-to-B live events. Consumer end-user revenue will grow by 3.7% in to $237.29 billion in 2012, an increase related to spending on traditional digital platforms like pure-play, subscription TV services and satellite radio. The study also noted that videogame consoles will drive growth toward the end of the forecast period, when next-gen hardware comes on the market.

DISH announced plans to offer $1.25 billion in senior notes Monday. The net proceeds of the offering are intended to be used for general corporate purposes, including the refinancing of debt.