Editor’s Note: In recognition and celebration of the diversity within the cable industry, we will be highlighting some of the 2012 CableFAX Most Influential Minorities and their responses to a series of questions on mentoring, job skills and diversity. For the CableFAX Diversity issue in its entirety go here. 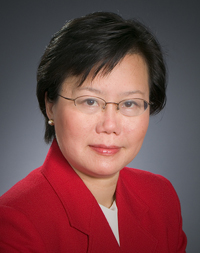 VP, Government Affairs, California Region
Comcast
What’s the skill that has helped you the most in your career—and what’s the next skill you want to master?
The skill that helped me the most in my career was media training by a wonderful media coach named Fran Zone. I began media training when I was in my early thirties and angling to become a law partner. I wanted to improve my presentation speaking skills. Little did I know that within two years, I would be nominated as a Commissioner of the Federal Communications Commission by President Clinton and go to Washington DC. This media training was critical to my ability to speak clearly, with conviction and confidence, in my new post. My next skill is to work on more financial literacy, as I have taken on a senior VP post at Comcast and need to plan budgets.
What advice do you have for young people trying to break into the cable industry?
I encourage young people to join the cable industry because this industry is not your father’s cable company. This industry is about so much more. It is about bridging the digital divide and providing opportunities via broadband in the home. It is about new ways to deliver video to any device, whether it be a TV, a tablet, a smart phone or a screen on your wrist watch. It is about inexpensive voice services delivered via IP, which save people money particularly when calling abroad.  It is about delivering home health solutions and other exciting applications via a robust broadband connection in the home.
Diversity is important to cable’s bottom line because …

America’s great tradition of being a melting pot remains even more true today, as the census results show more minorities becoming majorities. As a result, cable must serve its new audience with more diverse programming, should ensure diversity in its supplier procurement practices of the company, and should ensure its senior executives include persons of color.

NBCUniversal, Telemundo and SeeHer teamed up to develop a resource highlighting the importance of investing in Hispanic female talent and accurate representation in media.