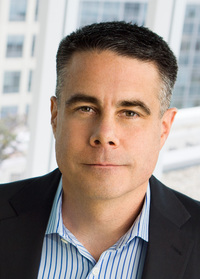 VP, Digital Media
Discovery Communications
As the strategic lead for the Discovery Channel and Science digital footprint, Monteverde’s responsibilities span fansites, blogs, co-viewing experiences, interactives, video and more. Until recently, Monteverde also oversaw DiscoveryNews.com, the company’s award-winning team dedicated to covering science, and he acted as GM for Petfinder.com to boot. He has been a pioneer in developing 360-degree sales solutions, working closely with the networks to develop experiences that spanned platforms and offered advertisers compelling ways to connect with Discovery’s engaged audiences. And he’s taken the lead with Discovery Channel’s "aftershow" strategy. To date, there have been 86 Aftershow clips shared with “MythBusters” fans, bringing in more than 7.8 million streams. After that, his team developed aftershows for “American Chopper” (5.1 million streams) “The Gold Rush” (3.7 million streams). Recently, he’s also shepherded the rise of Penguin Cam, a live, online camera from SeaWorld San Diego’s Penguin Encounter, in conjunction with the premiere of Discovery Channel’s Frozen Planet.
What personal qualities do you think have helped you get to your current position—and which ones (that you either now possess or must work on) will advance you to the next level?
You can’t succeed in digital if you’re not a believer. It’s been over 15 years since the Internet became mass media, and we still don’t know exactly what it’s going to morph into next. But if you believe, like I do, that the impact of digital technology on media is one of the most exciting events of our lifetime, then you love coming to work every day, love creating content and experiences for your audiences and can’t wait for the next innovation!
What digital trend will be the biggest game changer in the next 1-3 years?
Social media is having and will continue to have a profound impact on television viewing. In the future when my TV will be able to show me what my friends and family are watching at that very moment, it will be pretty exciting… and it’s also going to be a big factor in helping me choose what I want to watch. Additionally, in the next couple of years, we’re going see entirely new video programming formats. The traditional 30- and 60-minute shows will still have their place, but new short-form shows will gain popularity across platforms. And, even though everyone is waiting for that "break-out hit" from the web, I think online video is moving in the opposite direction: instead of millions of people watching one hit show, we’re going to see millions of people watching a million shows made just for them… and Discovery will certainly be a part of that evolution.