Network capacity planning is the science, and some would say the art, of forecasting future traffic demand, while designing and implementing the network resources to support that demand. Planners refer to this as “staying ahead of the demand curve”.

In what now seems like a previous lifetime, I was the traffic engineer for a series of class-5 telephone switches. Erlang B (non-queueing) and C (queueing) tables were my basic tools. I engineered the network to carry a certain percentage of attempted telephone calls. As with many things, life was simpler back then. Traffic engineering was largely predictable, with the peak offered traffic on Mother’s Day, the biggest calling day of the year. Circuit switch lines and trunks were added as traffic increased. 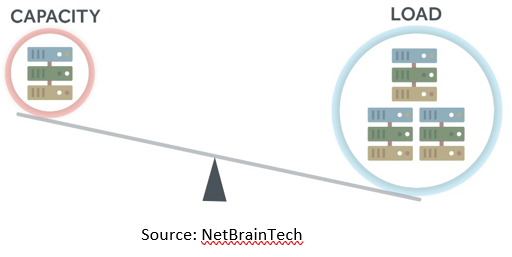 It’s much harder to plan for today’s broadband networks. Access network architectures vary. Servers, and service functions, can be deployed to other parts of the network. Network function virtualization is migrating functionality from hub sites into national and regional datacenters. Unlike legacy voice service with its standard 64kbps channel, the thousands of applications used over broadband today have different demand characteristics. In addition to speed, latency can greatly influence the application’s quality of service (QoS). All of these variables make the work of a network capacity planner that much more challenging.

In addition to network layout, traffic demand is at the whim of a customer clicking an icon to request an application. As we have seen in today’s COVID environment, both the types of applications used and where customers utilize those applications can change almost overnight. For example in March, Microsoft reported a 500% increase in the use of Teams, following the huge shift to working from home. COVID has dramatically changed daily peak bandwidth charts. In Sandvine’s latest Global Phenomena Report, released in May and highlighting application growth during COVID, we see three key findings:

Through the years, the cable industry’s access network has shown itself to be incredibly resilient in the face of these rapidly shifting and increasing demands, with respect to both raw traffic and specific applications. Powered by DOCSIS®, the access network is today supporting gigabit services. In fact NCTA reports that over 80% of U.S. households can currently receive 1 Gbps service. With CableLabs officially releasing the DOCSIS 4.0 specification in March, HFC networks are poised to support multi-gigabit access speeds. 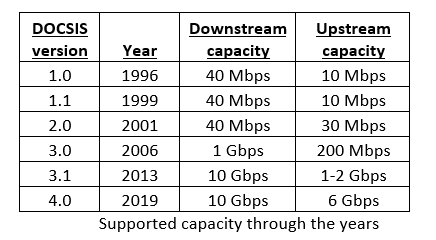 With each new release, people wonder what the higher speeds will be utilized for. Telemedicine, smart cities, immersive video, and remote education are all emerging service groups which will capitalize on not only the higher speeds, but also the lower latency that the D4.0 specification supports.

Because the Colorado Convention Center has been designated a COVID-19 emergency facility, SCTE•ISBE Cable-Tec Expo® 2020 will take place virtually October 12-15, marking the first all-digital presentation of the largest cable telecommunications and technology event in the Americas since its inception in 1983. There will be 40 workshops with speakers presenting over 120 white papers, including topics such as ‘’Access Capacity Planning:  Staying Well Ahead of Customer Demand Helped Ensure Stability During COVID-19”. Topic tracks include Converged Access Networks, the Internet of Things, Operational Transformation, and Artificial Intelligence, Machine Learning and Data Analytics. For more information about the virtual Expo, visit expo.scte.org.

Both of ESPN ’s morning programs “Get Up” and “First Take” enjoyed their most-watched month of January ever. Get Up averaged