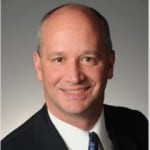 The Internet of Things is the burgeoning interconnectivity between billions of sensors and the Internet, providing an ecosystem where “smart” services can be launched. From a cable network operator’s point of view, “Smart Home” has, to date, received much of the attention. A Smart Home is equipped with IoT sensors that can be remotely controlled and analyzed, such as webcams, thermostats, and security locks. Many network operators already are offering Smart Home services to their customers. As new sensors are being developed all the time to monitor such things as appliances, food, and clothing, this sector will continue to ramp up and offer more sophisticated services.

What has received less attention from cable network operators, but which also sees a promising future, is “Smart City.” Smart City places sensors throughout the urban area, while integrating and analyzing those sensors to provide a more complete picture of what is going on to city planners and operators. Smart City also collects data from across an array of different sensors, which can provide new insights into how the city is operating and trending. For example, traffic lights and outdoor security cameras can be monitored city-wide to ensure a smooth traffic flow, as well as a safer city.

Taking it to the next level, cities are organizing to develop profiles of what it means to get smarter. The Smart Cities Council is an example of a consortium of cities working with technology partners to trial and deploy the latest IoT service developments. Mass-transit systems, building energy consumption, and bike lanes, to name a few, are monitored and controlled to achieve better performance. An example of a Smart City service is an autonomous parking attendant: The service allows users to reserve and pre-pay for a specific parking location, rather than having the driver endlessly circle the block. This is a time-saver for the driver and cuts down on city traffic as cars get to their parking spot sooner.

At the 2018 Consumer Electronic Show, in Las Vegas in January, two of the biggest technology trends on display were autonomous vehicles and drones. U.S. Secretary of Transportation Elaine Chao was there to deliver a speech on this topic. Each of these forms of transportation will have a big impact on how a city functions, and both technologies are heavily dependent on reliable and secure network connectivity. However, both face challenges to reaching a mature level of deployment and safety, as recent stories about autonomous vehicle crashes and drone near-misses with aircraft have shown. Secretary Chao’s speech sought to assure the audience that the government is focused on working with industry to support a smooth rollout as autonomous vehicle penetration accelerates.

Network operators can explore opportunities to work with both municipalities and businesses to offer IoT sensors off of their existing outside plant, as well as offer the data analytics services necessary to provide actionable Smart City service reports to the city departments. All opportunities listed above rely on something the network operators have in abundance: a reliable, secure network infrastructure.

SCTE•ISBE can connect you to IoT’s connected realm of bountiful opportunities via—as a few examples—a Standards working group developing IoT use cases for the cable community, an SCTE•ISBE Cisco Networking Academy course, and the Cable-Tec Expo® Call for Papers with a track devoted to IoT.

Mark Evans has been upped to EVP, Ad Sales for Fox Sports . He’ll report to Marianne