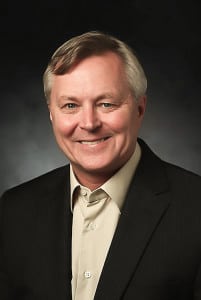 There’s a new, emerging, correlating factor in businesses at large that has a huge impact on bottom-line success today: Data.

As a leadership development consultant, I talk quite a bit about the volatile, uncertain, complex, and ambiguous world we live in and how, as a leader, one needs to build an organization that is nimble and promotes trust and praise as foundational tenets. I advocate that the CEOs/executives themselves develop their emotional intelligence through rigorous work and feedback. Research supports that if you do these two things well and the financial results will follow.

In the content industry, it’s more important than ever that leaders include data and data analytics in their company’s decision-making processes. Over the course of my career at Sony Pictures and MGM, I’ve been a part of “green-lighting” over 300 feature films and TV shows. The amount of data we had to approve the sometimes hundreds of millions of dollars in investments was shockingly sparse. We had previous box office stats of the star, how films of similar genre have done in the market, and not much else. Often times the data was years old. And TV was worse. Past performance was far less reliable because of factors like time slots, days of the week, competition, lead ins, etc.

We could have used real-time data to understand the global popularity of a genre or particular star. In the TV world, it’s hard to understand the true potential of content without it. Recently, BBC Worldwide, which saw the benefit of big data early, uncovered the unforeseen popularity of “Dr. Who” in a country they hadn’t released it in. Through measuring social media chatter, peer-to-peer activity, and other consumer demand online, BBCWW found that South Korea had one of the highest levels of demand in the world. Also defying logic, Netflix’s “Bojack Horseman,” which had been banned from China, was found to be hugely popular in that country, as well as in Russia, another region with limited access to the series.

The old measurement tools simply do not paint an accurate picture of what is happening in the content world. A recent survey found that 24% of TV viewers aged 18 to 34 don’t subscribe to a traditional pay TV service.  Nearly 46% of those consumers never had cable to begin with, while the rest simply cut the cord.

With internet-delivered content growing at an alarming rate, the need to access changing viewership patterns is greater than ever. Advertisers are using data to better understand and identify patterns in user behavior. Innovations in both retail and online measurement are allowing advertisers to understand both what you like and what you’re on the fence about.

For content developers, it is now possible to look at clusters of viewership habits. If someone watches “Westworld,” what else are they watching? That question should and can be answered. It will start to inform producers on what type of evolutionary content will find a willing audience. It has the potential of enabling distributors to flex their muscles globally or be become laser focused in a particular country or region.

So, now there’s no excuse to not have accurate, recent data to make informed decisions. Netflix is doing it. They see stars emerging and fading more than most can. The rest of the content world needs to catch up. In fact, they need to be armed with global, real-time information because the world is changing at a more rapid rate than ever.

David Bishop is president of David Bishop Media, Inc., an advisory firm serving the media industry and providing executive leadership development. He is also a member of the Board of Directors of Parrot Analytics.