Netflix, Amazon and Hulu are investing billions of dollars in original content, but who ranks highest in total titles carried and who is trending aggressively?

Digging deeper into March data reveals that Netflix carries more than 120 movie titles versus 11 and 0 for Amazon and Hulu, respective. Netflix is also on an aggressive pace, adding approximately 20 new carried titles per month through 2017. This puts them on a path to finish 2017 with more than 500 Originals. 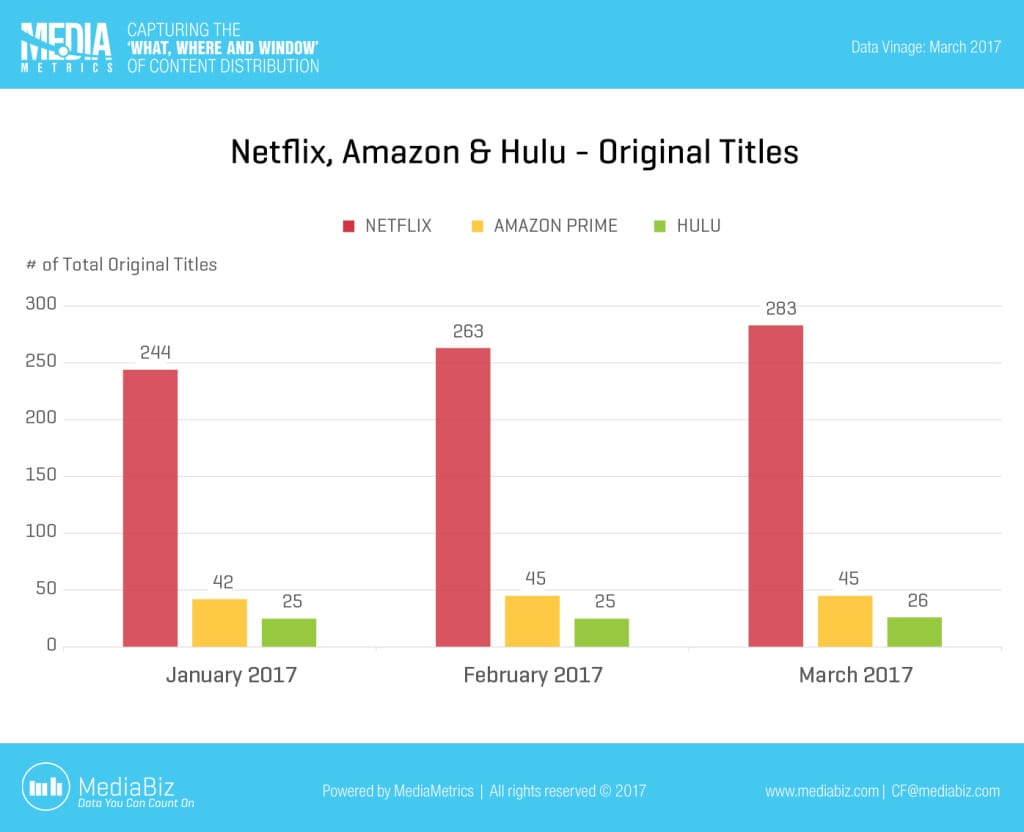