These charts examine the Hulu joint venture companies and the content they provide in relation to their ownership stake. The first chart looks at the break out by all titles. ABC & Fox both contribute 6% and NBCU 4%. While NBC looks to be contributing less to the JV, a closer look at MediaBiz data on the number of episodes reveals that NBCU is the leader with more than 5,500 episodes and 3,700 hours.

The second chart shows that the four owners contribute almost half of all current titles available as of March 2017 (including Hulu Originals). Turner’s contribution relative to its ownership stake (10%) is also interesting. Running the numbers, it’s clear that Turner provides more titles, programs and hours than it’s partners on a relative basis. In fact, Turner’s contributions reflect a 16% ownership stake relative to the other owners. 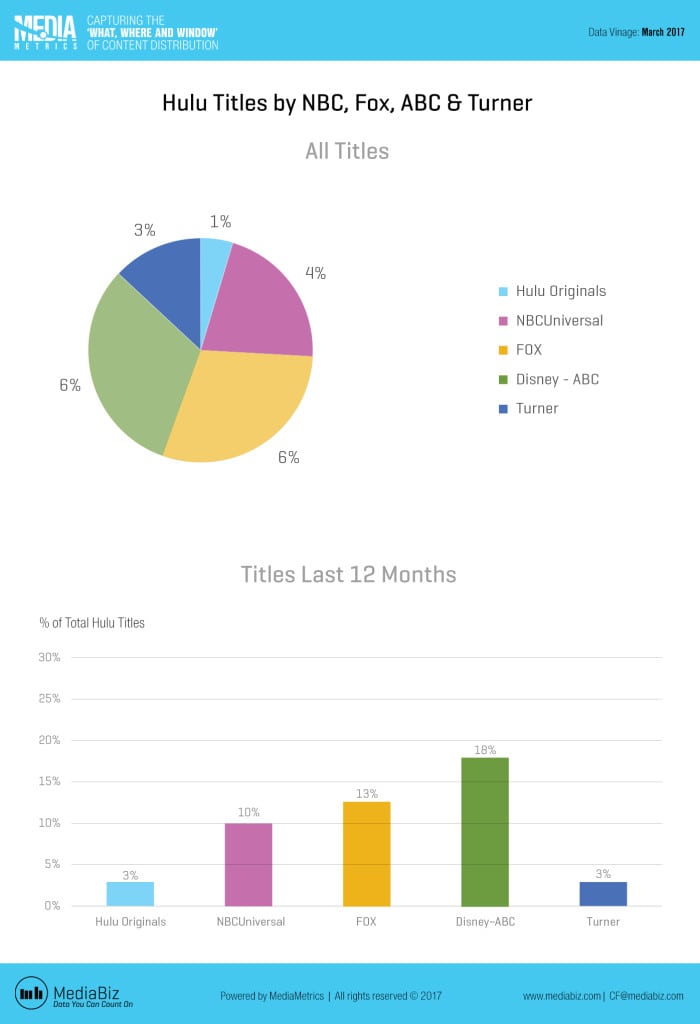