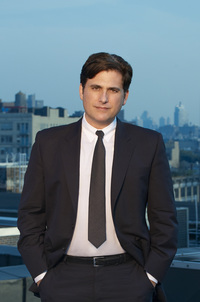 EDITOR’S NOTE: We continue to spotlight our 2011 CableFAX 100 honorees, who were featured in a special issue of CableFAX: The Magazine published in Dec. 2011. Here is an excerpt from #93.

Best Advice in 7 Words or Less: Always get on the board early.

Why Him? Klarman’s ascent at Oxygen has been, literally, a breath of fresh air for the network. Viewers saw a 30% jump in original programming in 2011 after hits “Bad Girls Club” and “Hair Battle Spectacular” solidified the network’s place in the hotly competitive reality TV arena. Though highly anticipated new series “The Glee Project,” a behind-the-scene look at casting, and “The World According to Paris”—Hilton, that is—didn’t bring the ratings Klarman had hoped for, Oxygen remains on solid footing.

Tori Tori Tori: Perhaps viewers didn’t go gaga over Paris because they’re busy watching another blonde. Tori Spelling not only continued to smile through the sixth season of “Tori & Dean: Home Sweet Hollywood,” but the couple has a new series focused on weddings they help their friends plan.

Year Ahead: With mixed ratings in 2011, Klarman will continue “Living Out Loud” to try to regain some of Oxygen’s momentum.

The one burning question I have for Siri on my iPhone 4S: What are Apple’s plans for its new TV?

Worst thing I’ve ever heard someone say in a meeting: “That’s not the way we do it.”

The top 3 most played selections on my iPod: “Every Teardrop Is a Waterfall,” Coldplay; “Sing,” My Chemical Romance; “Pumped Up Kicks,” Foster The People

It’s a three-way tie for WICT Chapter of the Year, with WICT Europe, Greater Philadelphia and Southeast Chapters all earning the most possible points and rights to the title. WICT Southeast’s