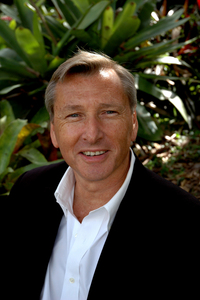 Best Advice in 7 Words or Less: Winners have parties; losers have meetings

Why him? Leave it to an Aussie to lead the network that delivers a world of reality programming to 370 million subscribers in 163 countries. Lyle became CEO in August 2011 and now has sole purview over the network, both domestically and abroad, with the departure of Steve Schiffman. An avid programming hound, he opened a West Coast Development Office last year to up the profile of NGC and NG Wild and plans to spearhead the development of a record number of new series and specials for NGC, NG Wild and burgeoning NG Mundo.

Rock On! A native of Sydney, Lyle was an exploration geologist and high school chemistry teacher before entering the world of television.

My favorite meal I can also prepare myself: Toast & Vegemite, Cereal with berries

Worst thing I’ve ever heard someone say in a meeting: “We don’t do that” or “He’s a fine filmmaker.”

My best technique for deterring time-wasting office visits: I have an hourglass (for 10 minutes) that I turn over as they sit down.

The one topping that should never be put on a hot dog: Vegemite

My favorite business and/or motivational book: “How We Decide,” by Jonah Lehrer
How many companies have you worked for since graduating from college? About three-quarters of them

Verizon and AT&T have agreed to pay a combined $127mln to settle lawsuits claiming they overcharged California and Nevada government customers for wireless services. Verizon will pay