As a Black woman, I can earnestly say that I never imagined that it would take a recording of the senseless, untimely, and unjustified death of a Black man, to awaken us as a nation and as an industry. Only because there had been so many before, but it did. George Floyd’s death has been the catalyst to global support and the universal acknowledgement that Black lives indeed matter. Diversity, Inclusion and Equity are more than just buzz words now, but rather demands, verbs requiring us to act and not simply be.

Act, and not simply exist.

We have existed in an industry that flourishes on the cultural contributions and viewing behaviors of Black people, yet we have failed to see them, represent them, and value them as well as other people of color. Over the past decade we have witnessed the outcry of social media movements like #oscarssowhite and strides have been made to promote women and people of color, but let us be real. The burden has been on executives, networks, and talent of color to engage, hire, develop, and value other creatives of color. For nearly 25 years, the American Black Film Festival (ABFF) has done that which Hollywood would not do – recognize Black talent and stories as excellent.

The truth is that the burden should not be on executives, writers, producers, directors nor talent of color to value their own. The burden must shift, so that there is equity throughout the entire eco-system, in front of and behind the camera, in leadership and ownership, from content creation to distribution. And while we celebrate the successes of our own like Issa Rae, Regina Hall, Shonda Rhimes, Ryan Coogler and Barry Jenkins, there is room at the table for many more creatives of color to use their gifts and talents in the industry. If inclusion, equity and belonging are what we truly seek in this industry, then action must occur to undo the generations of inequities and isolation.

By now, I’m certain you have heard of the McKinsey & Company report on Black representation in Film and TV: The challenges and impact of increasing diversity. If not, I encourage you to read it. Here is the headline – the industry is leaving $10 billion, not million, but $10 billion in annual revenue on the table by failing to address its constant racial inequities. So, there it is, not only is it the human thing to do to address the racial inequities within our industry, but it makes good business sense too. This is something we have always known, and the data has been there to support the change we seek. We now have a valuation of $10 billion on the change we seek. The McKinsey report also offers concrete action steps for change for an equitable future that involves engagement, accountability, funding, and creation.

Do good and it pays off. 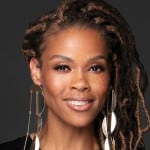 I live by the words of the great Maya Angelou that “when you know better, you do better”. I hope our industry can take heed to these words as well. We know better and now we must do better to finally create a diverse, equitable, inclusive industry where we all belong.

Melissa Ingram is SVP, Multicultural Networks and Strategy for UP Entertainment and General Manager of AspireTV.

Chris Berman is sticking around. The sports commentator, who has been with ESPN since one month after its 1979 launch, signed a multi-year deal with the network. The contract was announced Monday, which marked Berman’s 66th birthday. Longtime ESPN personality Kenny Mayne announced he’s leaving the network after 27 years. Mayne said on Twitter he’s […]