Last night’s Emmys garnered about 1 million tweets. And there were some gems. Here are a few of our favorites from celebrities, comedians and other influencers. And we threw in a couple of Instagram pics for fun. 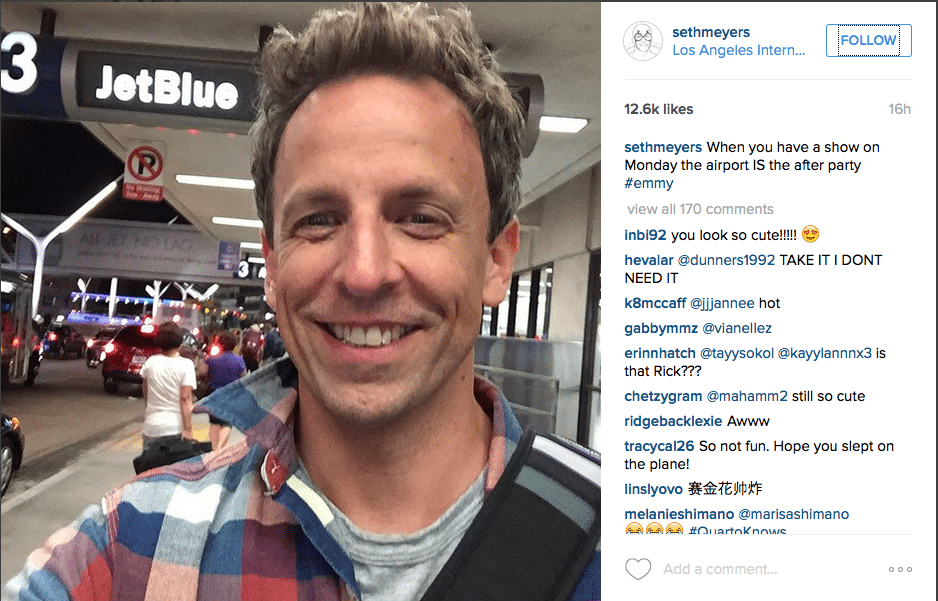 You weren’t the only one who missed the after-party last night. Seth Myers had to skip it. Why? He’s got a show to run. 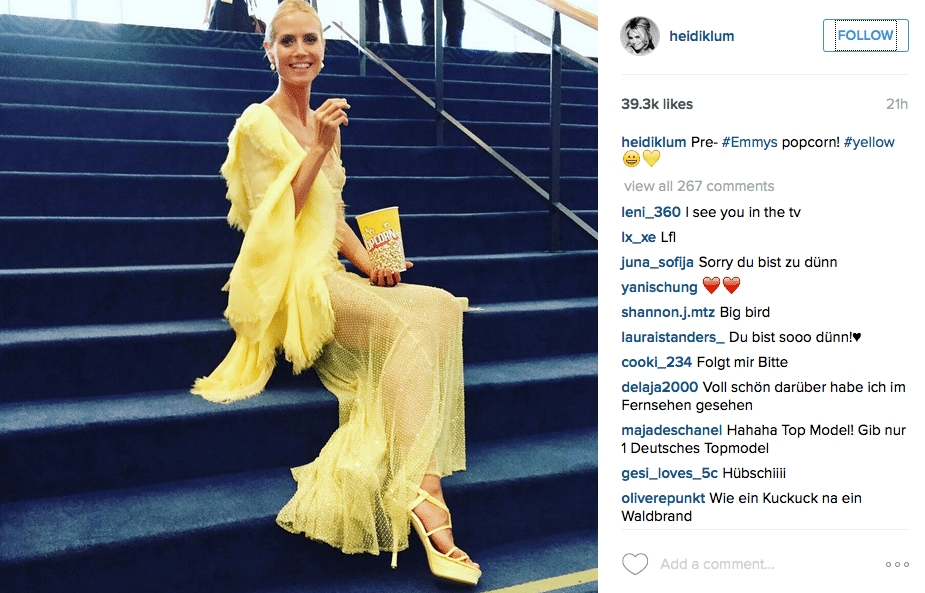 How does Heidi Klum manage to look this good eating popcorn? She even matches.

OK, scratch that. The “Modern Family” star looks great as well. We love that Sofia Vergara refers to popcorn as “contraband.” Don’t they feed people at these award shows?

Comedian and Emmy-winner Amy Schumer is looking mighty comfortable with her “real family.”

HBO’s “Olive Kitteridge” killed it at the awards with 6 wins out of 13 nominations. But it’s true that the title is a bit old-fashioned, suggests Canadian author Kelly Oxford.

So sad to think that if Jon Hamm doesn’t win a Emmy tonight for Mad Man, no one will ever believe he was good on that show. #Emmys2015 — Paul F. Tompkins (@PFTompkins) September 21, 2015

Jon Hamm finally got his Emmy for “Mad Men.” We knew you could do it, Jon! Comedian Paul F. Tompkins calls out the fact (with, uh, more than a little snark) that it’s taken him forever for him to be recognized.

#STEM education is vital. My #SmartGirlsAsk question: If you could build or invent anything, what would it be? https://t.co/xSDLDsd9Gc — Mary Barra (@mtbarra) September 19, 2015

At the #Emmys, @violadavis became the first black woman to win Outstanding Lead Actress in a drama. Bravo, Viola! pic.twitter.com/y6wDrj22aG

And last but not least, Hillary Clinton congratulates Viola Davis and her incredible accomplishment. It was the most-tweeted moment of the night.

Cisco and the NFL announced a multi-year partnership that names the former as an official technology partner of the sports league. The pair will jointly develop a Connected League Platform that would create a