Not only does Caraccioli have an identical twin brother, but they both work in TV communications. Jerry Caraccioli is executive director of communications for CBS Sports. The younger Caraccioli (Tom was born 12 minutes after Jerry) was just promoted to vp, communications for Outdoor Sportsman Group, where he’s served as director of communications since September 2013. He will oversee all aspects of Outdoor Sportsman Group’s communications including: three television networks (Outdoor Channel, Sportsman Channel and World Fishing Network); Outdoor Sportsman Group – Integrated Media (19 websites and 15 outdoor lifestyle magazines), MyOutdoorTV (MOTV), as well television production operations – Winnercomm – and aerial camera businesses – SkyCam and CableCam. Tom and his twin brother have co-authored two books together “Striking Silver: The Untold Story of America’s Forgotten Hockey Team” and “BOYCOTT: Stolen Dreams of the 1980 Moscow Olympic Games.” Hockey is a huge part of Tom’s life. He coached minor hockey in college and was the first coach for Stanley Cup champ Erik Cole (Carolina Hurricanes, 2006) and still plays the sport, winning The Olde Crabs Senior Invitational in Danbury last year with two of his brothers. Oh, and he ran his first marathon last year, finishing the NYC Marathon in 4 hours, 59 minutes and 19 seconds. 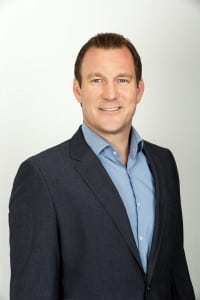 How did WGN America’s svp of national ad sales get his first job in television? He started as a research analyst after being a contestant on the TV series “American Gladiators” during his senior year at Rutgers. Disk Askin, president of the show’s production company Samuel Goldwyn Television and a fellow Rutgers grad, took him under his wing and has been a mentor ever since. We have no idea if Diederich made it through “The Eliminator” obstacle course, but he’s certainly excelled on the TV track, with WGN America promoting him to the post last month. In his newly expanded role, Diederich will oversee national ad sales for the burgeoning network, with national sales account executives and vice presidents now reporting directly to him. In addition to managing the western regional office, Diederich’s elevated responsibilities include the business development of the network’s roster of national marketing partnerships, ensuring the continued strategic alignment of WGN’s content with leading consumer brands. These days, you’re likely to find him playing golf or cooking outside the office. 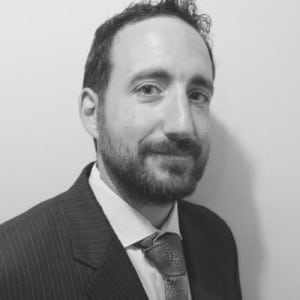 You don’t have to love the Yankees since you were a child to work at YES Network, but it can’t hurt. Ted Marino has been cheering for the Bronx Bombers since he was knee-high. These days he’s still cheering, but also working for the team’s RSN as vp, finance. Marino is responsible for all financial aspects of the network, including financial reporting and analysis, long-range budgeting and strategic planning. “I love what I do. I’m saving lives, one spreadsheet at a time,” he says. He comes to YES from the Westwood One Network in New York, where he was vp, financial planning and analysis since 2015.  Before that, he was at iHeartMedia. Fun fact about the numbers whiz… we’re told he has a serious sweet tooth and always has a Snickers bar within reach. We are told that Snickers satisfies after all! 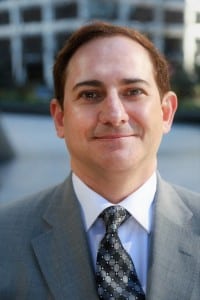 Byron Allen’s Entertainment Studios hired Ira Goldklang as svp, business and legal affairs. He’ll be involved in all facets of the company’s business and legal affairs, from theatrical motion picture coproductions to all sever of its 24-hour cable networks. Goldklang joins ES after nearly 12 years with Sony Pictures Entertainment. He most recently vp, legal affairs at Sony Pictures Animation. While Ira has been an attorney for a while, he has been a programmer for a lot longer; having had 23 computer games on the market by age 15 and teaching 3rd, 4th, and 6th grade computer programming at a public school in New York at age 16.  “Although my job title was Legal, I have always wound up rendering I.T. services for my co-workers; even at companies with I.T. departments. People would even bring in their home computers for me to fix,” Goldklang tells us.