MTV has tapped Michael Klein for the position of EVP, Original Content, where he will oversee all original programming, development and creative across MTV and its related brands. Most recently, Klein served as EVP of Programming and Content Strategy, Digital Channels, at Condé Nast Entertainment. His credits there include “Vanity Fair Confidential” for ID; “Anthony Bourdain: No Reservations” and “Man V. Food” for Travel Channel; and “What Not to Wear” and “Miami Ink” for TLC. In this role, he was responsible for programming strategy, development and production for the company’s portfolio of Millennial-targeted digital channels, which includes Vogue, Vanity Fair, Glamour, Wired, GQ and The New Yorker. Under his leadership, the portfolio attracted more than 2.7 billion video views last year and produced award-winning series including Glamour’s “Screw You Cancer” and GQ’s “Casualties of the Gridiron.” 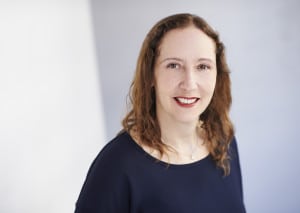 Laurel Weir has been named SVP, Strategic Insights and Research at MTV, a role through which she will lead all research efforts for the youth entertainment brand through consumer insights, trend forecasting and multiplatform measurement to inform its development, programming and marketing. Weir most recently served as SVP, Strategic Insights and Research for the Viacom Kids and Family Group, where she developed and cultivated research on the competitive adult marketplace and television landscape. Weir is a lifelong Giants fan and a mom of twin boys. She also grew up the mayor’s daughter in her hometown and was the first woman to be on her high school board of directors. 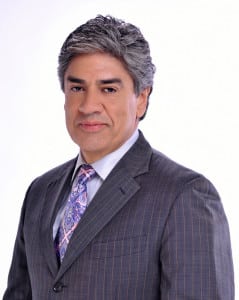 Telemundo Networks has named Mario Ruiz as SVP, Music and Entertainment Projects. In this role, Ruiz will leverage the network’s existing music properties and talent and develop new music content and business opportunities for the company across all its platforms. Most recently, Ruiz served as SVP, Talent Development and Strategy, where he developed and executed Telemundo’s on-air talent business strategy and was instrumental in attracting and signing new talent including Hispanic stars Angelica Vale, Lucero and Daddy Yankee, among many others. Previous to Telemundo, Ruiz worked as a consultant and executive producer at the Latin Academy of Recording Arts and Sciences. 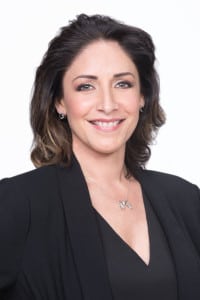 In other Telemundo news, the company announced the appointment of Mara Arakelian to SVP of Talent Management. In this role, Arakelian will lead a unified talent strategy across all divisions of NBCUniversal Telemundo Enterprises, including the Telemundo Network, Telemundo Studios, NBC UNIVERSO and the digital platforms. Additionally, she will oversee all talent relations and casting functions globally, coordinate strategic promotion of talent across all platforms and work to identify talent for partnership opportunities. Arakelian joins from Mexico’s Bobo Producciones, where she held the position of Managing Director and oversaw talent positioning strategy and negotiated contracts with various media companies in Mexico and the U.S.

Zaslav on Top With AT&T-Discovery Merger

Discovery CEO David Zaslav has spent the last 15 years building a factual content empire, but a $43 billion merger with WarnerMedia will soon have him overseeing a dynasty with more than 20 traditional cable networks, two young streaming services, and probably a partridge and a pear tree.