Great Big Story has appointed Christine Cook to the newly-developed position of svp of global sales and brand strategy. From her New York office, she’ll be focusing on strengthening revenue strategies and identifying opportunities for greater advertising growth that fall in line with the brand’s mission. Cook previously worked as svp and global head of advertising partnerships for Flipboard, overseeing its mobile-led revenue strategy during her six-year tenure. Cook’s not been afraid to launch her own ventures either, serving as the founding svp of sales and advertising operations of tablet media publication The Daily. Cook may not binge-watch shows often, but her most recent sick day pick was a fan favorite that took the world by storm. “‘Stranger Things.’ I powered through it,” Cook said. “Now, I have to commit to doing the same for ‘Stranger Things 2’ – without being sick.” 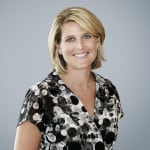 Molly Battin has been appointed evp and global chief communications and corporate marketing officer at Turner, reporting directly to chmn/CEO John Martin. She’ll be responsible for brand reputation across all platforms, internal and external strategic communications, media planning and buying, media relations and publicity, all while confirming that these efforts reflect the company’s core values. She’s been a key member of the Turner family since 2000, and most recently acted as chief brand strategy officer. Battin has also operated as chief media and business insights officer, and was general manager of the Turner entertainment brand upwave. Beyond her service at Turner, Battin has held leadership positions at TBS, TNT, Turner Classic Movies and CNN. When she gets to step out from the office, Battin spends her free time caring for her heart as well as her body. “I love to run and do triathlons and spend time with my family,” Battin noted. 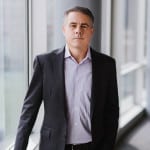 Miguel Monteverde is joining video platform Rumble as COO, guiding the company’s day-to-day operations. Securing and managing media partnerships will be a central task for Monteverde, who will be based out of Washington DC. He’s garnered more than 20 years of industry experience, most recently serving as svp, digital media at Discovery Communications, leading OTT services for nine US networks. Before joining Discovery in 2008, Moteverde called AOL home for more than 10 years, taking on a number of programming and business roles. He has a foot in academia as well, acting as an entrepreneur-in-residence at Georgetown University’s McDonough School of Business, assisting student-founded start-ups. A three-time Webby Award winner and former Army officer, Monteverde is constantly on the go, somehow finding the time to occasionally run marathons in Honolulu, London, Boston and Rio de Janeiro. But he’s not the premier athlete in the family – his dog Ginger was MVP of Puppy Bowl X on Animal Planet.

The FCC is soliciting comments on another round of Eligible Telecommunications Carrier applications related to winning bids in the $9.2 billion Rural Digital Opportunity Fund. The previous round of comments