Not everyone can say that their first job was launching the Blue Peep, but Paul Alfieri can. He’s come a long way since his candy-slinging days in 1997, filling the newly-created position of CMO at Cross MediaWorks. He’ll be overseeing and driving marketing and branding efforts for the company’s offerings, including national media buying and performance-based marketing. Alfieri joins Cross MediaWorks from the Turn Platform, where he served as svp for the audience planning and analytics software platform. He worked with a team to develop marketing strategies and improve consumer experiences. He also held multiple marketing positions at Motorola. 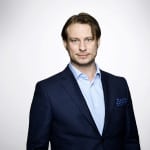 Turner Ignite has elevated one of its best to a new role at CNN’s Courageous. Otto Bell will now serve as chief creative officer for the studio, continuing to lead the studio as it creates content for CNN, HLN and Great Big Story. Bell joined Turner to launch Courageous just over two years ago, and has since focused his energies on finding new creative formats through which marketers can tell brand stories across platforms. And he’s been successful – Courageous has won a number of awards, including a Silver Cannes Lion and Adweek’s Grand Arc Award. While he’s been beyond successful in his time with CNN, his achievements aren’t limited to his time with Courageous. Bell’s first feature documentary “The Eagle Huntress” not only came to Sundance in 2016 – it received critical acclaim, granting the director a place on Variety’s “Top 10 Directors to Watch” list. 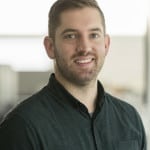 Once Matt Trierweiler knew that working in TV was his dream, nothing could stop him. He packed all of his possessions into his ’96 Chevy Lumina and traded his life in Michigan for a 2-bedroom LA apartment with 4 roommates in hopes of making his dream into a reality. Now, he’s doing just that, coming to Scripps Networks Interactive to serve as director of programming for HGTV, DIY Network and Great American Country. This will place Trierweiler on the production and development team for the three nets. Trierweiler last served as a development exec at Country Music Television (CMT), spending over five years developing series including “Sun Records” and “The Dude Perfect Show.”