Ooyala went for experience for its COO post, tapping Mike Nikzad. He has more than 25 years in business operations and engineering leadership experience, most recently as COO of Syncplicity, a software-as-a-service company for enterprise file collaboration. He also held COO positions with EMC’s Consumer and Small Business division and NewNet Communication Technologies. Nikzad began his career working on NASA’s space shuttle program—an experience which he says helped him dedicate his career and work ethic to a quality foundation based on the standards of reliability. A personal highlight was being able to actually step into two space shuttles prior to their scheduled launch at Kennedy Space Center. Nikzad also has a broad range of interests and hobbies outside of the video delivery space, including a passion for the arts—particularly theater and film. And when he’s not in the office or the theater, Nikzad can often be found enjoying the therapeutic relief of long distance running. 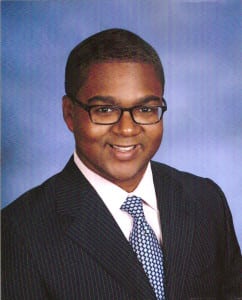 Whitney Baxter has boarded the Comedy Central train as vp, strategy & business development, where he’ll help set the brand’s strategic path while driving sustained revenue growth. He most recently worked in Goldman, Sachs & Co’s tech, media & telecom group, which Comedy Central gm Tanya Giles assures us has the best sense of humor in the financial sector. “Despite approaching my 20th year as an inactive member of SAG-AFTRA, I’m excited to be getting back to my professional roots in the television business,” Baxter tells us. His resume includes working in digital business and partner development at iHeartMedia. Baxter is the kind of guy who gives back, volunteering with non-profit FC Harlem, which provides opportunities for youth to play soccer in their neighborhood and developing future leaders, and PASSNYC, which looks to broaden opportunities for NYC’s talented, underserved students. 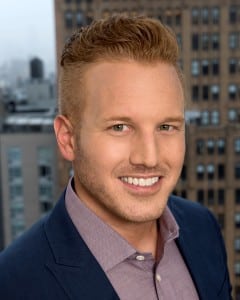 AMC and Sundance TV’s new svp, marketing is a natural born marketer. “From an early age I lived, ate, breathed marketing—the first ad I worked on was a Japanese chocolate bar commercial in Tokyo. I starred in at age 8,” Justin Manfredi tells us. At AMC Networks, he’s responsible for developing marketing plans to leverage technology, social and data to build and engage audiences around series such as “The Walking Dead” and “Top of the Lake.” Manfredi, most recently in a senior marketing role at Activision, reports to marketing evp Linda Schupack. His first job was all about getting minor league hockey fans fired up as the mascot for the Wheeling Thunderbirds. Sports has remained a big part of his life. He made sure to be at the last games for Derek Jeter, Michael Strahan and Kobe Bryant. 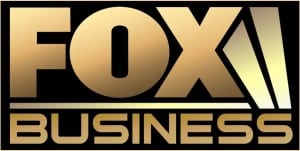 Fox Business Network promoted Gary Schreier to svp, programming, overseeing all programming, talent and editorial content for the financial news channel. He joined Fox News Channel as a producer in 1996 and moved to FBN when it launched in 2007. Before his Fox days, Schreier worked at MSNBC and CNBC. Through college and shortly thereafter, he was really set on being an on-air sportscaster. But in 1990, he took a freelance job as a video editor at CNBC and business news became his path. He produced the first three hours of Fox News Channel’s launch in October 1996. Schreier is the father of twins, who just wrapped up the third grade, telling us they are “easily the best thing that ever happened to me and easily the most important job I’ll ever have is being their father.”

Tom Bowman was elevated to vp, programming for Fox Business Network, where he’ll manage day-to-day business coverage, planning and special programming. He joined the channel in 2009 and most recently served as director of programming. Bowman got his start in TV as an assignment editor at NBC News and was serving as senior broadcast producer for “NBC Nightly News” before joining Fox. When he’s not busy with work, he’s busy with family. He has three kids in their 20s, a 17-month-old and a three-month-old. “If there is any spare time, I like to cook,” he says, calling himself a self-professed chef.

House Commerce will hold a committee organizational meeting on Tuesday at 1pm, where it will announce