Trent Anderson was promoted to svp for the Southern California Eastside Territory for Frontier Communications. This territory includes the Los Angeles, Orange, Riverside, San Bernardino and Kern Counties, in which he will serve more than one million households and businesses. Anderson will report to West Region president Melinda White. Most recently, Anderson was vp and general manager of Oregon operations, serving as state leader for operations, sales, engineering and community engagement since joining Frontier in 2013. He has over 25 years of experience in the telecommunications industry, including CEO of SkyRiver Communications, COO and vp of enterprise sales and government and education services at Integra Telecom, and other operations positions at MCI Telecommunications, Inc. and Electric Lightwave, Inc. Anderson likes to stay involved in the community by volunteering and working alongside parents who value their children’s education. Anderson enjoys skiing, golf, running and watching his five kids play sports.

Marc Leonard appointed svp, content strategy, for Fuse Media. He will manage Fuse Media’s linear programming and multiplatform scheduling strategies across the company’s TV channels, websites, mobile app and on-demand and third party SVOD. Leonard will also oversee the acquisition efforts of Fuse Media and work closely with the company’s music and talent department to develop new and existing music programming. He will report to COO Mike Roggero. Leonard previously worked at Viacom Media Networks for 22 years, most recently as svp, platform strategy for Logo. He began his career as an intern at Comedy Central. Leonard tells us he was recently married in a zoo and has a Bahamian potcake dog. He fundraises for Housing Works and enjoys boxing, science fiction, gaming and comics. 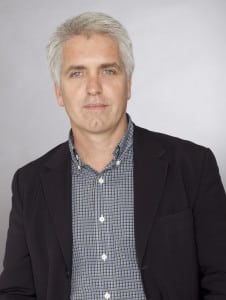 Andrew O’Connell joined Discovery Channel US as vice president of development and production. While based in the United Kingdom, O’Connell will be responsible for creating the next factual format hits for the U.S. networks while working closely with the UK production community and partnering with Discovery Network International’s development and production team. O’Connell was most recently responsible for factual programming at ITV, including the series “Heathrow: Britain’s Busiest Airport” and “Sugar Free Farm.” Before ITV, O’Connell was head of news, current affairs and factual at Channel 5 for 4 years, commissioning series such as “Chris Tarrant’s Extreme Railways” and “Trauma Doctors.” He was responsible for the multi award-winning “Ross Kemp on Gangs” and “Ross Kemp in Afghanistan” series while at Sky1 from 2005-2009. As a school boy, O’Connell competed in gymnastics at a national level. His interests also include cooking and yoga. His current vice is golf, and he enjoys horse riding holidays with his wife in unique destinations, such as Mongolia and Transylvania. O’Connell and his son are avid fans and season ticket holders of Arsenal FC. 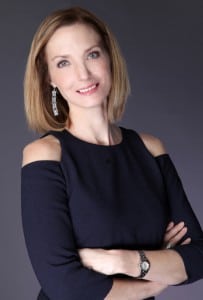 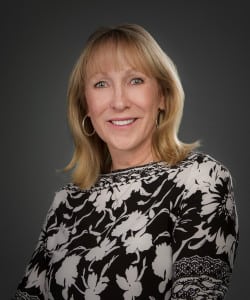 Trisha Husson was named Head of Strategy, Business Operations and Finance for Disney General Entertainment , reporting to Chairman Peter Rice . As a result, Eric Marcotte was named SVP of the Strategy &amp