Early in her entertainment career, Jennifer McGovern decided to exit the industry for a position at the Neuropsychiatric Institute at UCLA, wanting to gain experience as a psychologist before applying for grad school in her new professional path. However, it didn’t take long for McGovern to return to her home in unscripted content. “The jobs aren’t actually that different,” McGovern quipped. Now she’s made a name for herself in the industry she once left behind, and will be joining Fuse Media in the newly created role of vp, current and development, effective July 10. Working out of the company’s Los Angeles office, she’ll be reporting to chief content officer J-T Ladt. Bringing experience from past positions at networks like Oxygen and TLC, McGovern will oversee all original content development and production, developing new strategies for identifying opportunities for long and short-form programming for Fuse’s many platforms. McGovern was most recently responsible for the development of all VH1 East Coast original unscripted programming, leading the entire development team and working on shows like “Black Ink Crew Chicago” and “Safeword.” McGovern tells us she has one guilty pleasure: an episode (or two) of “Friends” every night before bed. “It’s my version of comfort food,” she noted. “It puts me back in a good place before I fall asleep.”

Patrick Courtney used to spend his days devoted to music, studying trumpet in his college years and playing piano and guitar on

the side. However, he has found a home in another side of the entertainment industry, as he joins Fuse Media in the newly created role of svp, digital strategy and operations. Courtney will be entrusted with the expansion of the media company’s digital platforms alongside its social media presence. He’ll also be working to develop Fuse’s audience, short-form content distribution and revenue opportunities. Courtney will be reporting directly to Fuse Media president and CEO Michael Schwimmer. Courtney is no newcomer to a role like this, most recently serving as svp, programming and marketing strategy for digital-first content company Above Average. Despite his career change, a part of Courtney’s heart still belongs to music. “On weekends, my 1-year-old and I play ’90s rock tunes on guitar for Mom,” Courtney said, with Everclear’s “Buy You a New Life” being a family favorite. 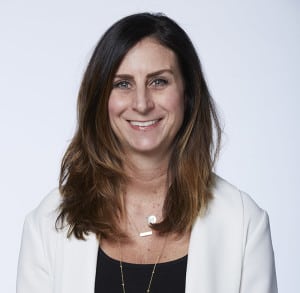 Climbing the ranks of CSN Chicago is Jill Fields, who will now serve as the network’s general sales manager, effective immediately. Since coming to CSN from Home Team Sports (HTS) in 2012, Fields lifted national sales to rise above record levels, consistently finding ways to boost overall business across a number of sales categories. She’ll be overseeing the entirety of the network’s national, local and digital sales efforts, overseeing budgeting, forecasting and planning efforts while finding new areas of business development across all platforms. Fields has been a natural since her start at HTS, a division of Fox Sports, earning two promotions in four years at their Los Angeles office before traveling to their headquarters in New York. Fields was a key player in growing the network, developing sales partnerships with over 35 regional sports networks and professional sports teams. Before landing in the world of sales and sports, Fields pursued a career in political science, earning her undergraduate degree at the University of California at Los Angeles. She has since traded in the West Coast sunshine for the snow of the Midwest, living in Chicago alongside her husband, Michael, and the couple’s two children.

Ice Cube ’s three-on-three basketball league Big3 and Verizon are getting into the game together. Through the rest of the season, Verizon will have on-court signage and present a