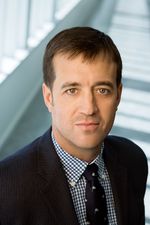 Christo Doyle
Discovery Channel has promoted Christo Doyle to VP, Executive Producer. He’ll execute the net’s brand-defining programs and ensure returns through exposure and ratings. He was previously Managing Executive Producer for the East Coast, where he exec produced “Gold Rush” and stepped out from behind the camera to host “Gold Rush Aftershow,” a digital-only series that grew popular enough to run on air. Doyle is a 12-year vet of Discovery Channel. Lesser known fact: he did all of Discovery’s Lance Armstrong programming and ended up filming from the roof of the team car as it cruised the Champs-Elysees. He also has had at least 5 concussions, from high school and college football. “That explains a lot,” he tells us. Doyle will report to Nancy Daniels, Discovery Channel EVP, Production & Development, and be based out of the net’s Silver Spring, MD, HQ.
Susan Malfa
Susan Malfa was upped to SVP, Ad Sales for Bravo Media, Oxygen Media, Style media and Women At NBCU. New to her responsibilities is the oversight of Style Media ad sales. Malfa has been at NBCU for 5 years, but before that she was SVP of Ad Sales at Court TV Network and spent 10 years at Comedy Central. Malfa loves yoga, cooking and is a “gardening freak,” she says. “I designed and built a garden at my house out East from scratch. It replaces my painting—the yard is my new canvas.” She’ll continue to report to Linda Yaccarino, President, NBCU Cable and Digital Ad Sales. 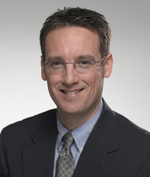 Geoff Daniels
Geoff Daniels has been promoted to EVP, GM of Nat Geo Wild, from the SVP role. Prior to the net’s launch in March 2010, he was SVP of Development and Production for National Geographic Channels International. He’s worked at Time-Life Video & Television as well. Geoff is an avid angler, skier, cyberpunk and sci-fi fantasy geek. He cooks, too. “I make a bad-ass batch of red beans, jambalaya and Cincinnati chili,” he says. An owner of a Gibson SG, his dream is to play with Jimmy Page or Jack White. Also, his sense of direction is nil. “I have a freakish ability to get lost anywhere.” 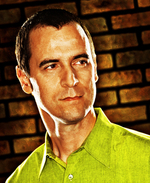 Jeff Boortz
Jeff Boortz has launched Be The Creative Source, an advertising, promotion and design company headquartered in Atlanta. Boortz has designed and promoted brands in cable including Discovery Channel, MTV, ESPN, HBO and Comcast. Previously, he was creative director for RIOT Atlanta, a professor of media design at Savannah College of Art and Design and Pres and CEO of production company Concrete Pictures. Jeff, we learned, has done a few fun things in his life, some with rather scary consequences. He has ridden an ostrich in South Africa, worked with Steven Spielberg on “Minority Report” and skydived 3 times. “I broke my leg on the 3rd time, proving that it is not always ‘the charm,’” he told CableFAX. Apparently that’s not enough of a thrill for him, though: he owns a 5-foot-long red-tailed Boa named Venus. 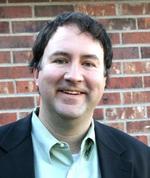 Ryan Nance
Jeff’s company has signed up a few clients, including Impossible TV, which has done some hiring of its own of late. The production company has appointed Ryan Nance as Director, Corporate Sales. He’s charged with expanding the company’s corporate clientele. Impossible has worked with DISH Network, Blockbuster, MoneyGram and others. Nance came from National CineMedia’s sales department, which sold communications solutions to Fortune 500 companies. Ryan is a foodie and a self-professed cocktail nerd. We’re talking really nerdy. He hosts regular local events at the bar in his home, which he’s nicknamed the “Royal Ivy.”